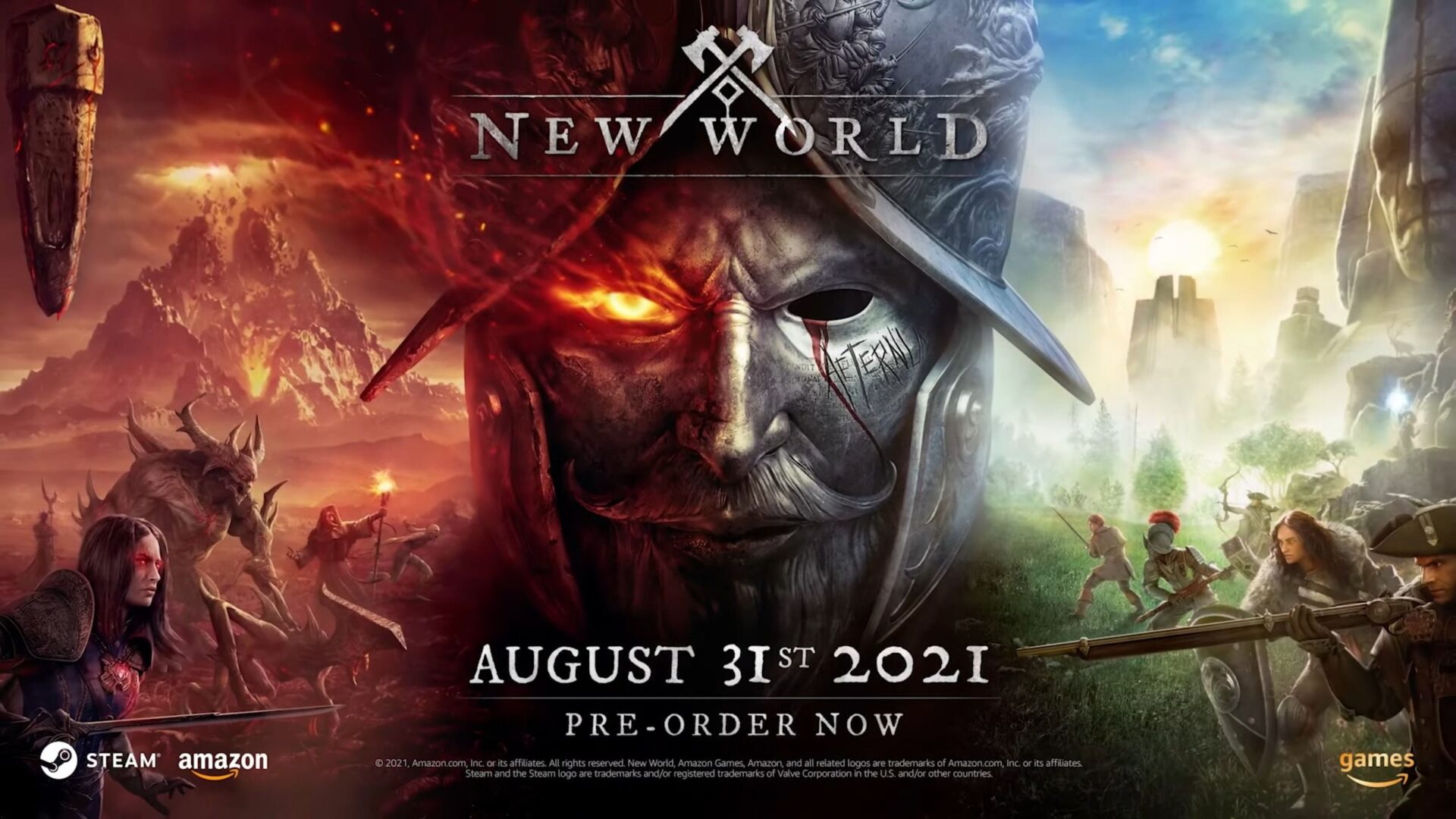 We get to see gameplay and an extensive overview of the game’s features, including what has been changed from the previous testing phases.

At the end, we also hear from Game Director Scott Lane as he answers a few questions about the game, which will go into beta on July 20 and release on August 31 on PC.

Below you can read an official description of New World.

ABOUT THIS GAME
Explore a thrilling, open-world MMO filled with danger and opportunity where you’ll forge a new destiny for yourself as an adventurer shipwrecked on the supernatural island of Aeternum. Endless opportunities to fight, forage, and forge await you among the island’s wilderness and ruins. Channel supernatural forces or wield deadly weapons in a classless, real-time combat system, and fight alone, with a small team, or in massed armies for PvE and PvP battles—the choices are all yours.

CARVE YOUR DESTINY
For thousands of years, Aeternum has been the source of fantastical legends—and now you’ve found it. Shipwrecked and without supplies or allies, you’ll need to make your way in a dangerous world where supernatural power has changed all the rules. In such a land, your destiny is whatever you make of it.

A LAND SHAPED BY MAGIC
Aeternum’s mysteries run as deep and dark as its history. Delve into the world and uncover the secret truth of the island and its millennia of strange inhabitants. As you explore Aeternum, you’ll discover beauty, danger, and opportunity at every turn. You’ll need to use all your skills to take advantage of the island’s bounty—and survive its horrors.

SWORDS, GUNS & SORCERY
Arm yourself with brutal melee weapons, ranged artillery, or supernatural powers and jump into New World’s classless, real-time action combat system. As you progress you’ll be able to determine what you want your gameplay experience to be like—will you act as a protective shield on the front lines of battle? Will you sling spells to support your allies from a safe distance? Only you can decide.

STRONGER TOGETHER
At the core of the New World’s social features are the three factions, organizations of like-minded players and non-player characters with their own motives and schemes for the island’s future. It is as a member of one of these factions that you’ll wage war and claim, defend, and develop your territory.