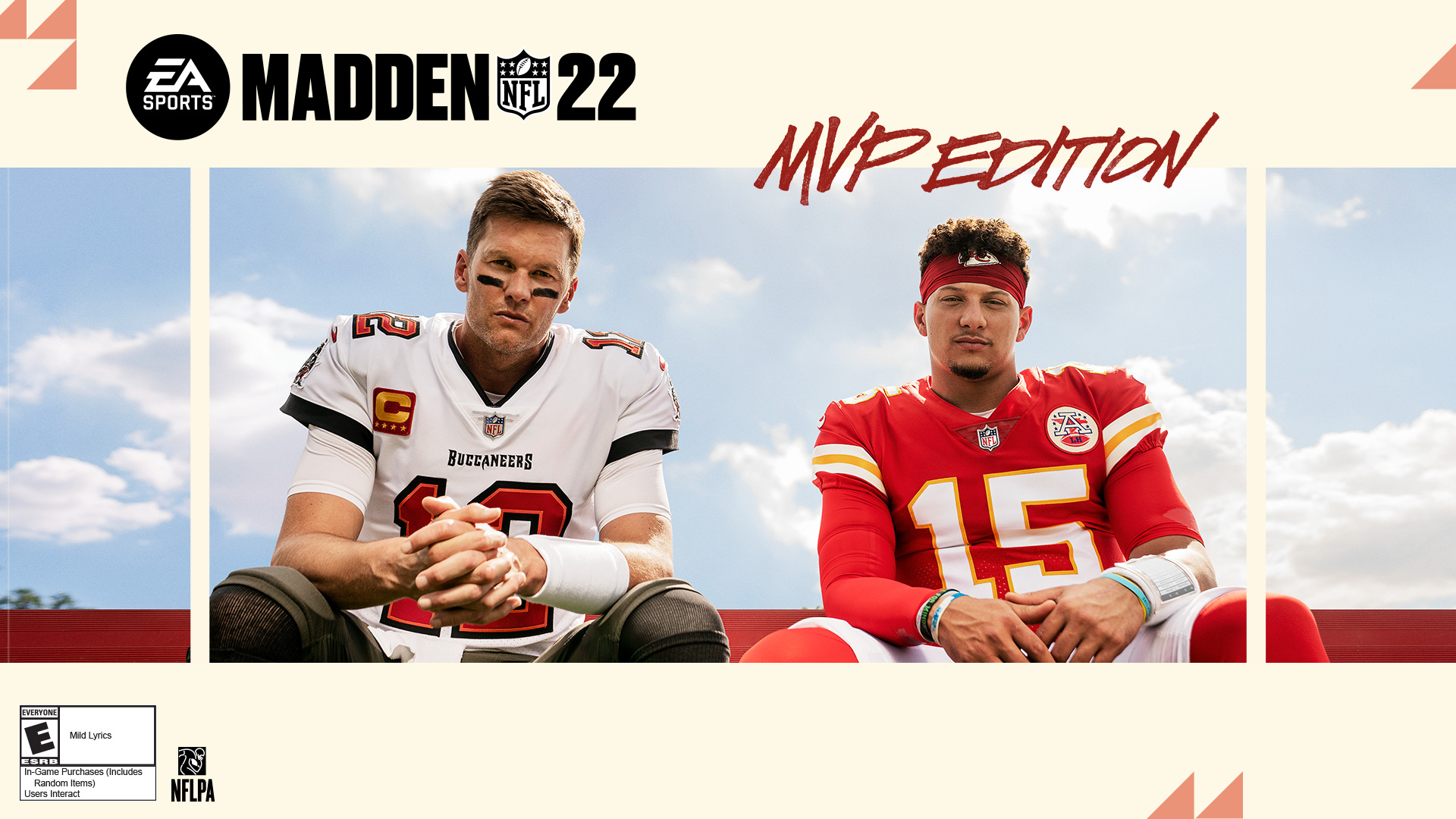 Today EA unveiled Madden NFL 22 along with announcing the game’s cover stars: Tom Brady and Patrick Mahomes. The annual football game is due out on Aug. 22 and will retail at $69.99 on PS5 and Xbox Series S | X, and $59.99 for PS4, Xbox One, PC, and Stadia.

Along with revealing the game, EA has dumped a lot of new information about what is going to be new this year and, honestly, it’s quite exciting for a change.

The last few years we’ve been a bit down on Madden. While it has continued to be a serviceable football game, it has felt very stagnate. I’m quite forgiving when it comes to sports games because I can sympathize with how difficult it must be to make a new game year after year, but last year I felt comfortable calling Madden NFL 21 a “roster update” for all intents and purposes.

Madden NFL 22, at least on paper, appears to be coming in much harder with fresh ideas that have the potential to really shake up the gameplay.

The big one is Dynamic Gameday, which is a new feature that will attempt to inject stadium atmosphere, game momentum, and even home-field advantage as factors that can impact how a game turns out.

Gameday Momentum will be front and center via a new meter that will appear during games. If the momentum starts to swing your way, you can rattle your opponent with increased crowd noise while playing at home, jumbled pre-play play art, and other perks known as M-Factors. Likewise, the tables can be turned against you if the game starts to get out of control.

Crowds and stadium noise will be more realistic in Madden NFL 22, and fans will react accordingly depending on how the home team is doing. If the momentum is swinging in the direction of the away team, expect to crowd to be hushed, and to experience that “pin-drop” atmosphere.

What home stadium you play at will also matter more now as well. All 32 teams, when playing in their home stadium, will receive a unique home-field advantage M-Factor that will give each stadium some unique flair. For example, playing in Denver will see kicked balls travel further, and stamina decrease quicker due to Denver’s thinner and dryer air.

This will have the biggest impact on Franchise mode where games are generally played against AI, and these effects can be tuned up to their max levels. Realizing that most games are played against the AI, Madden NFL 22 is also introducing improved AI behavior based on “Next Gen Stats” which is influenced by real-life behavior that will be tuned throughout the season. Player tendencies will be updated along with team tendencies such as the Steeler’s favoring the blitz and the Bills favoring a passing offense.

Single-player modes have gotten the short shrift in sport games in recent years and Madden is no different. Madden NFL 22, however, is aiming to buck that trend by coupling all of the above with some targeted improvements to Franchise such as a new staff management skill-tree feature that will allow players to earn skill points to progress their staff, opportunities for greater weekly gameplan planning, and an improved Season Engine which will include more in-season and off-season scenarios, and new franchise cinematics.

All modes will also benefit from new half-time gameplan adjustment features that will feed you information about your opponent’s tendencies, and give you an opportunity to make adjustments on the fly to try and counter them in the second half.

In addition, there will be an increased focus on making size matter more for running and blocking. EA is aiming to make mismatches such as a fast but smaller linebacker going up a large and strong lineman be noticed more. According to the developers, while they aren’t nerfing speed at all, they want to make size have some more impact as well.

While a lot of the above changes may seem dramatic, and they are, they will be tuned differently for online play. If you’re playing on a neutral site, the home-field advantage won’t apply; this would also include Ultimate Team games.

Other tidbits worth noting include:

For the first time in a long time, it actually feels like the single-player/AI experience is getting the lion’s share of the love. Let’s see how it plays out as we learn more about Madden NFL 22 over the coming months.