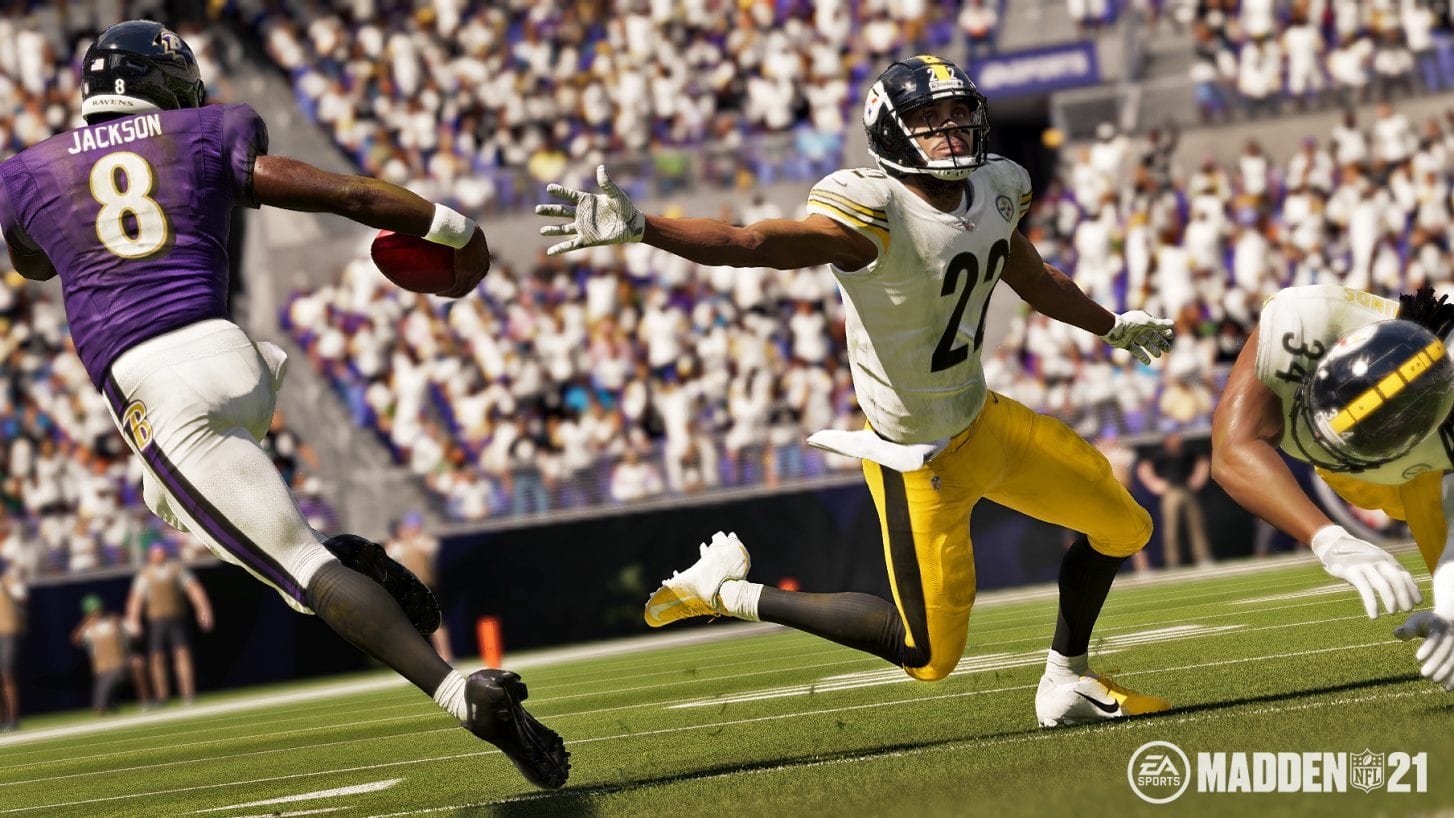 The Madden franchise has been treading water for the better part of this console generation. I feel like I’ve been playing the exact same game with just little tweaks for years now without a noticeable shake-up in gameplay. Fortunately over the years, EA has found ways to spice things up by injecting new and exciting modes or other features to help counter the fact that Madden hasn’t really changed all that much in a very long time.

In previous iterations, additions such as Draft Champions, X-Factors, and Longshot, coupled with the beefing up of its competitive online game modes in MUT, has helped the series keep its head above water for the most part and, in some years, even excel.

Last year, though, we saw this strategy finally start to buckle under pressure, and now as of Madden 21, the dam is starting to break.

By far the big new thing this year in Madden 21 is the addition of a new game mode known as The Yard. The Yard is a mix of traditional Madden gameplay with arcade-style rules that may resemble something you used to play with friends and family in the backyard or behind a school somewhere.

The rules in The Yard are normally 6v6 with a timer for when the defense can rush. It’s a 60 yard field and 20 yards will net you a first down. There’s no kicking or punting, and you can earn bonus points for doing things like intercepting the ball, pitching a ball at least once before scoring for a touchdown, and starting from further away when going for an extra point.

As you play and complete certain challenges, you’ll unlock new stadiums that will change up The Yard’s rule a bit and you can play head-to-head against other human players on yards that you’ve unlocked.

Oh and that’s not the only thing you’ll unlock… of course there’s cosmetics! You can earn some cosmetics to dress your player character up from playing but you better believe there’s also plenty that you can purchase using real-life currency as well.

It’s too bad the character creator, also known in-game as the “Gillette Style Zone” (yes that’s a real thing) still feels like it’s stuck in the PS3/360 era. I can’t create a character that doesn’t look like an abomination. It kills the fun of customizing a character since no matter what I do my Yard character is ugly.

Still The Yard is a solid addition overall that I’d like to see EA continue to expand in the future and is one of the few bright spots in Madden 21 this year.

The problem of not-so-pretty characters extends into Face of the Franchise, where your ugly-elf will be front and center in a new story mode that will follow your career starting as high school back-up all the way through various trials and tribulations in the NFL.

Face of the Franchise is improved from last year but story-wise, it’s still a step back from Longshot. That said, I don’t know how Longshot could have lasted forever and I like what Madden 21 has done to make Face of the Franchise feel more like a game mode that stands out from Franchise.

I thought last year’s version of Face of the Franchise was just a stop gap before killing it off, but now I think it can be a mainstay for at least a few more years.

In addition to playing out your character’s pre-NFL career (complete with high-school drama) and getting selected by an NFL team, you’ll potentially experience storyline shifts while playing out your NFL career. Events such as Turf War where your starting job is in jeopardy or Dream Team where your team is a heavy favorite to win the superbowl will happen depending on conditions that take place during your career.

If you care more about playing as your own character, and want to have a bit more fun with your Franchise experience, I’d say Face of the Franchise is a worthy pick over Franchise depending on what you want out of your time spent.

And that’s… pretty much it in terms of major new additions for Madden 21. The Yard is fun but suffers from the simple fact that Madden’s gameplay feels tired and dated. It rides the line between arcade and Madden-style “sim” but at the end of the day, you’re still at the whim of the game’s animations and presentations that are starting to really show their age now.

To make matters worse, many players that took part in the early access period this past week are complaining about bugs and glitches.

I personally did not encounter anything worth noting during my playtime and EA has let us know that there will be a day 1 patch to address many of these issues that I’ve seen complained about online.

It didn’t factor into my score for this review, but considering how prevalent the complaints are online, it’s probably at least worth mentioning.

“Classic” Franchise is completely left in the dust this year. At least in previous years EA would feign some kind of minor support for Franchise, but this year they have just thrown in the towel completely.

Franchise in Madden 21 benefits from new and updated Superstar X-Factors and small tweaks that would normally be a post script in other well-supported game mode’s patch notes. Instead, that’s the extent of all the updates coming to Franchise.

Normally I’d “blame” MUT for drawing away all the attention from Franchise since it’s what brings in the cash for EA, but that’s not really the case this year. MUT didn’t really get that much either.

To be fair, MUT is quite deep and well-developed at this point as a game mode. There’s really not that much more you can do with it other than continue to support and maintain it. It’s not desperate for a shakeup like everything else in Madden, that isn’t MUT, is.

Hardcore fans of MUT will enjoy refinements across the board to areas such as the item layout, the UI, and abilities. Abilities are getting tweaked via something called Ability Caps which allow you more freedom on how you want your AP abilities spread out across your team. Again, if you’re a hardcore fan of MUT it’s good stuff. If you’re just a casual player it’s probably going to go over your head.

Just about every feature that EA has spent this generation adding onto MUT is still there and in their prime form. But at what cost?

The rest of Madden 21 feels so incredibly stale. I don’t want to put it all on EA, though. Sport games in general are suffering as the yearly model just doesn’t work all that well, and it hasn’t worked for a long time.

Developers used to be able to make big jumps between yearly releases but that just isn’t the case anymore. Yearly roster updates that you pay $60 for used to be a joke that non-sport fans would tease sport fans with. It’s not a joke anymore, we’re pretty much there now.

This year fans are essentially being asked to pay $60 for the right to start all over on their MUT teams, have their rosters updated, have Snoop Dogg appear for a little in their Franchise mode, and play around in The Yard.

Madden 20 is fine and serviceable but other than The Yard (and that’s a stretch), there’s almost nothing that is worth getting excited over this year. Here’s hoping the new home consoles do something to move Madden forward at some point in the near future. 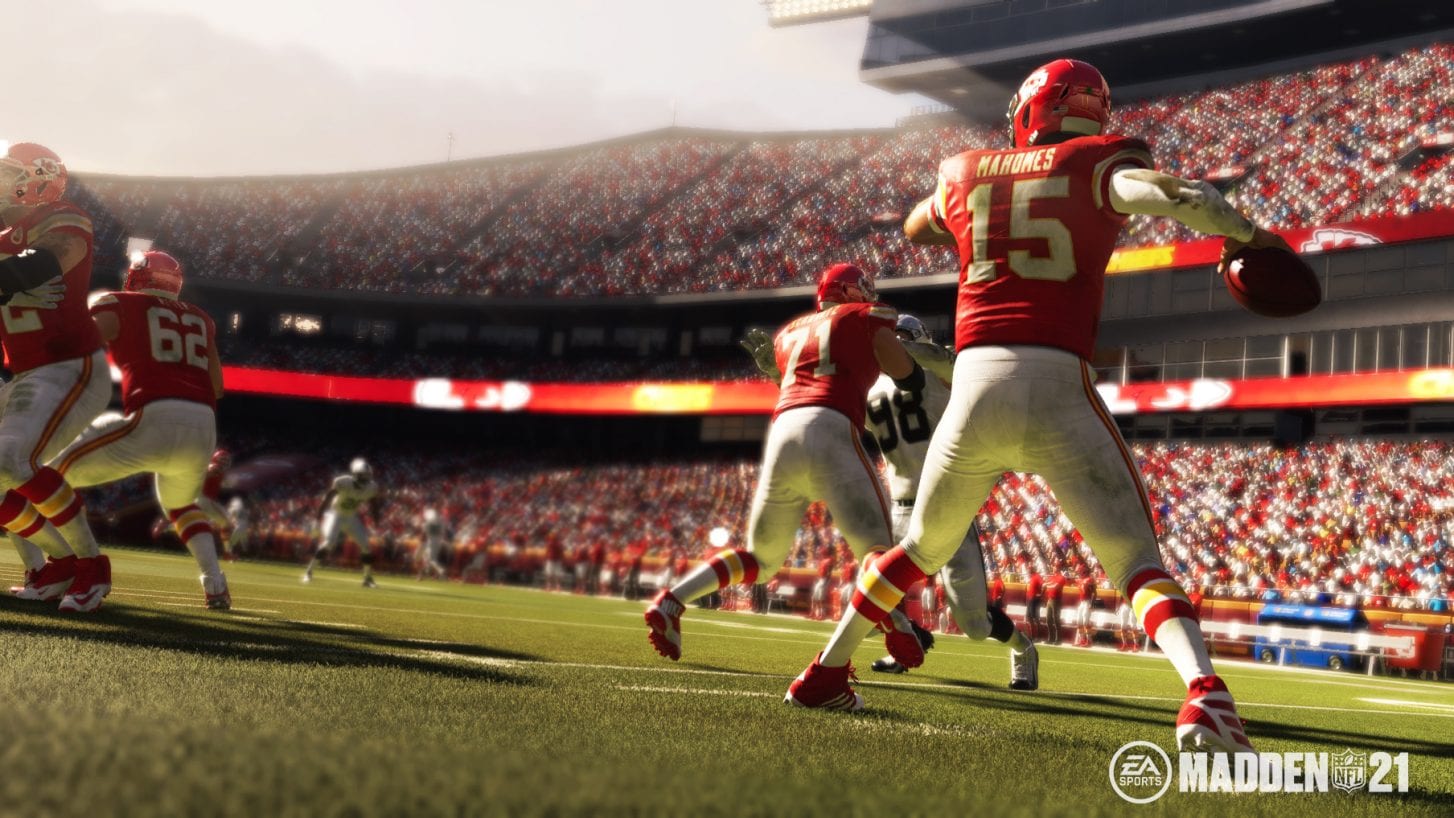