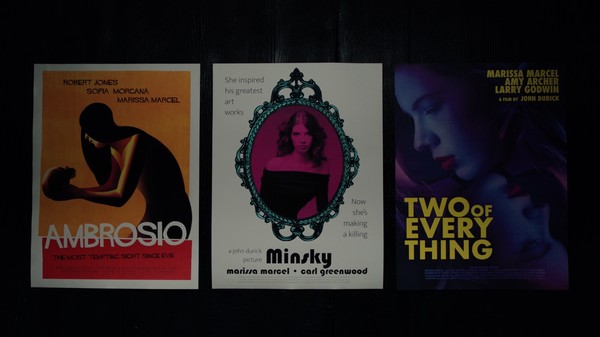 Today, during the Future Games Show, an announcement trailer for the game Immortality from famed developer Sam Barlow and studio Half Mermaid. The story of Immortality focuses on the life and disappearance of the fictional actor, Marissa Marcel.

In the trailer, we learn that Marcel made three movies — Ambrosio, Minsky, and Two of Everything — that were never released because she went missing.

Little else was revealed about Immortality gameplay-wise, but the trailer revealed that Sam Barlow (Her Story, Telling Lies) will be directing this game and other big names will be joining him on the project. Alan Scott (The Queen’s Gambit), Amelia Gray (Mr. Robot), and Barry Gifford (Lost Highway) will be contributing to the story with their stellar writing.

The trailer ends with a chilling shot of the posters for the films Marcel created going up in flames while the title of the game shows up in the foreground one letter at a time.

We currently don’t know what platforms Immortality is coming to, but the trailer confirmed that the game is currently slated for a 2022 release. You can check out the official trailer for Immortality down below.

If you want to check out the other game trailers from this event, then check out the rest of the Future Games Show right here or down below.