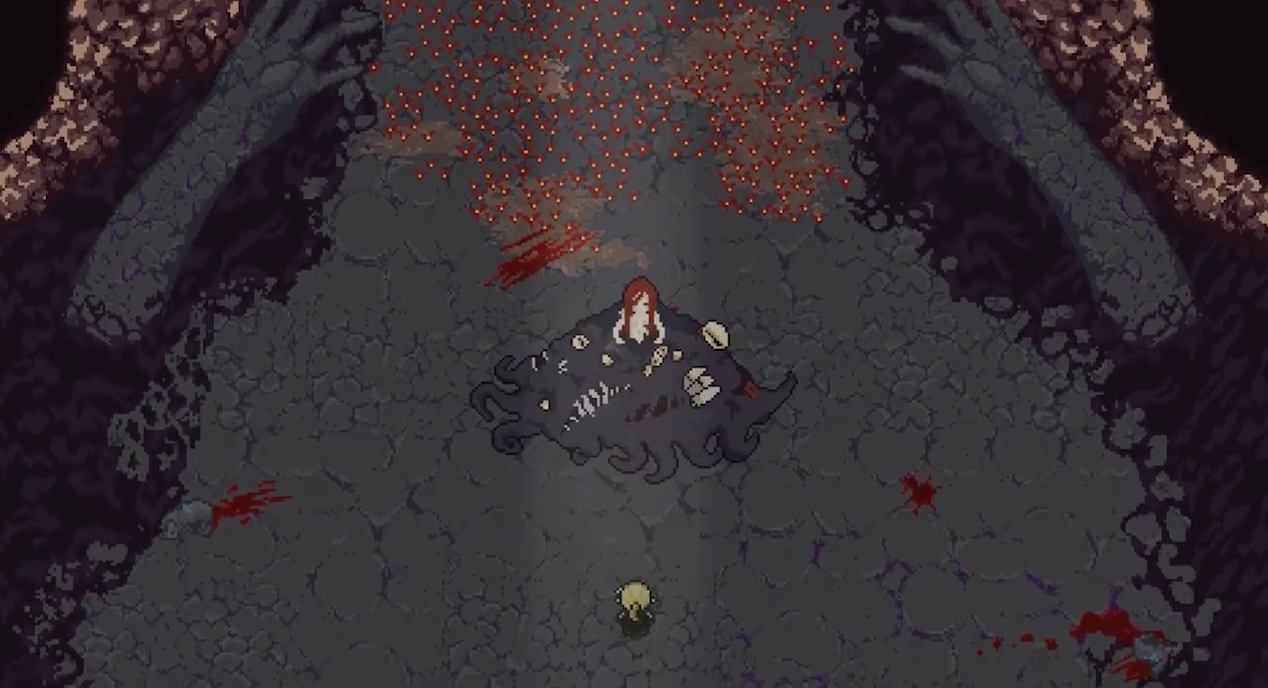 Today, during the Guerrilla Collective, Moonlight Games showed off a brand new gameplay trailer for their upcoming retro action-adventure game, Hunt The Night. In the official announcement trailer below, you can see all of the interesting levels, enemies, and mechanics this 16-bit title has to offer fans.

From what we see in the video above, the world and its creatures are beautifully macabre, as you’ll fight everything from giant wolves and snakes to magical opponents in order to try and survive.

An official press release for the game described the story as followed:

It is the 9th Age of humanity. The cycle of day is ruled by humans, the night one by horrid creatures. Despite its efforts, humanity is annihilated with every arrival of the Night.

A group of humans, calling themselves ‘The Stalkers,’ discovered how to use the power of darkness to their advantage and fought the Night. However, it was not enough, and with every new dawn humanity rose again knowing that, with darkness, comes extinction.

Humanity found the ‘Seal of Night,’ an artifact that allowed them to stop the cycle in an everlasting day. In exchange for a blood oath that The Stalkers were willing to pay, the sun ruled for hundreds of generations and, for the first time, hope was a beacon of light. Yet fate proved unstoppable, and they paid the ultimate price.

Now, as the Night starts devouring every single glint of light, Vesper, a Stalker by right and daughter of the traitor, will travel a dying land trying to save the last embers of humanity. She hunts in a race against destiny, as the shadows lengthen both in the world and in her mind.

Hunt The Night will be available on PS4, Switch, Xbox One & PC later this year. For more information, you can head over to their official website.

If you’re curious about the other games showcased during the Guerrilla Collective stream, you can watch the full recording on-demand here. We’ve also got plenty of ongoing E3 coverage, so check back to the site for consistent updates for everything you could ever want or need about all of the events that are occurring throughout this weekend.