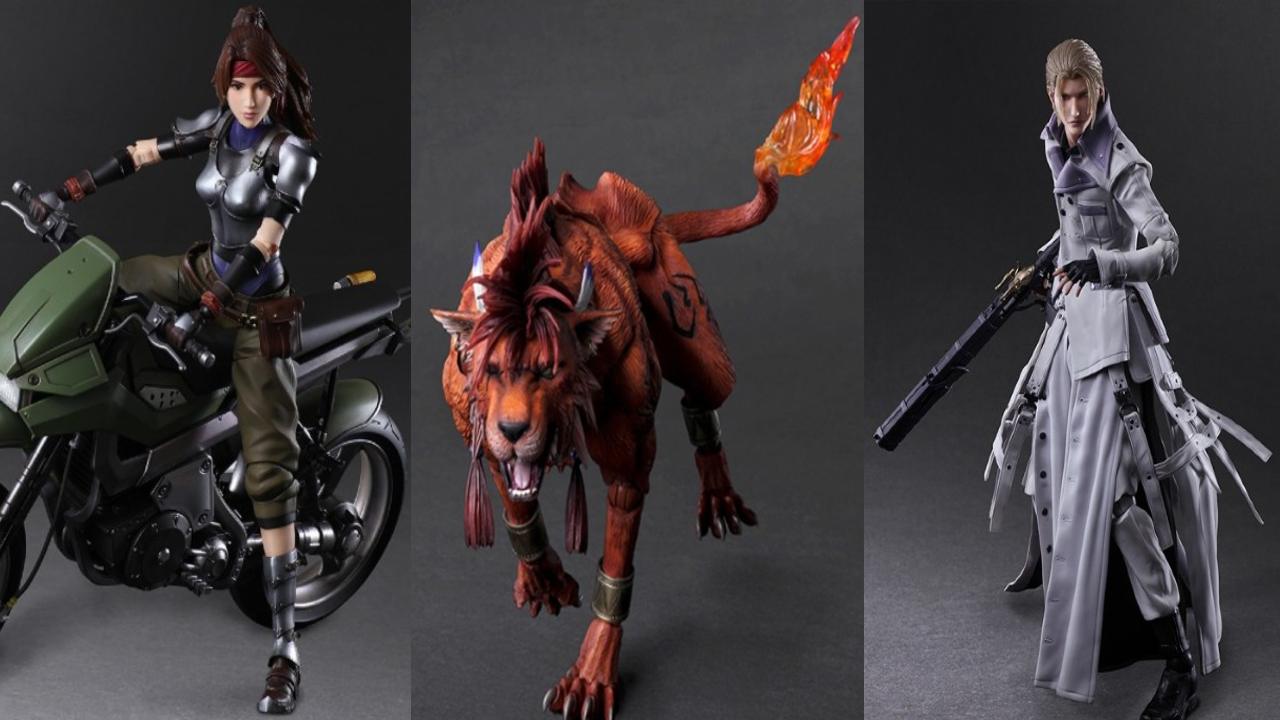 Square Enix is going out of its way to give Final Fantasy VII Remake fans plenty of goodies, as they’ve just announced that three Play Arts Kai figures are now available for pre-order. Those characters are Red XIII, Rufus, and Jessie, with each character coming with their own unique features.

This news came by way of the Square Enix Official Goods Twitter account, which revealed multiple images for each. We’ve got a photo of what each figure looks like and what they come with below.

While they were all announced and available to pre-order today, each Final Fantasy VII Remake figure comes with its own release date, which we’ve listed below:

If you’d like to see more images of the figures, you can check out the tweets for Red XIII, Rufus, and Jessie respectively, linked earlier in this sentence. You can also find a lot more information on the Square Enix Japan store, including specific pricing and details.

Be sure to let us know what your favorite one is in the comment section below, as well other figures you’d love to see Square Enix work with Play Arts Kai to make.

For more Final Fantasy-based info, be sure to check the similar contents section below. That includes Final Fantasy VII Remake Intergrade impressions, an update for Cloud’s door, and even some news on Yuffie’s upcoming episode, INTERMission.