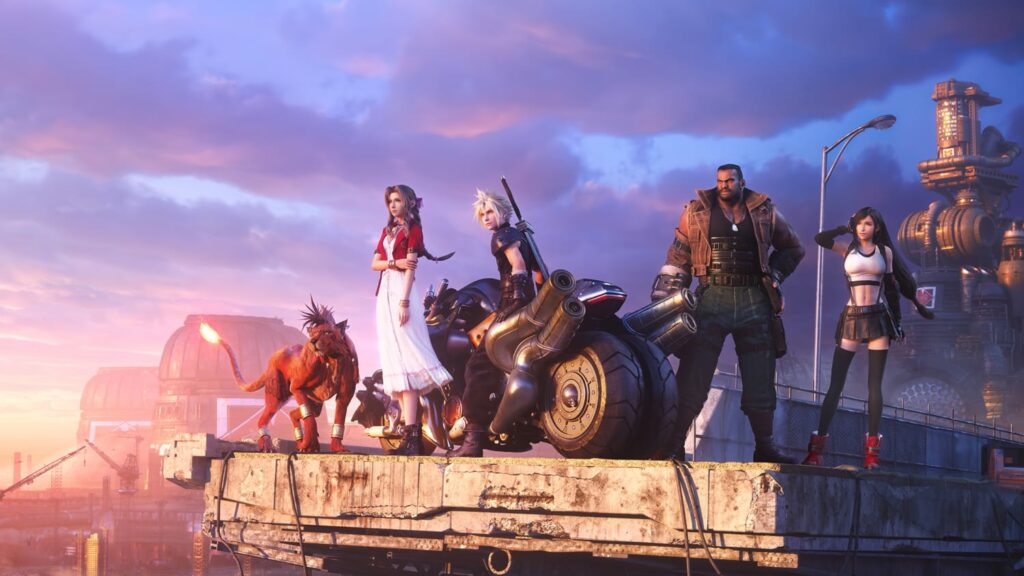 The very existence of a Final Fantasy VII remake felt like an impossible pipe dream just a few years ago, and actually getting to play it when it finally released last year felt incredibly surreal. The FFVII Remake had its fair share of flaws, but for the most part, it was a graphically impressive game that made a lot of longtime fans and newcomers happy. Enter the release of Final Fantasy VII Remake Intergrade, and I’ve quickly realized that this is, indeed, the definitive version of the game in every sense of the word.

Now don’t misunderstand me; the PS4 version runs fine. I sunk almost 100 hours into that game, beat every secret boss, cleared all of the side quests, and spent tons of time just marveling at how beautiful the world is. Playing Intergrade on PS5, however, made me realize that this game had so much potential that couldn’t be realized on the now limited hardware capabilities of the PS4.

The biggest addition in Intergrade is the option to change between performance and graphics mode, and I went straight for performance. Even with the slight hit to the graphics and visuals, Final Fantasy VII Remake still looks completely stunning. The floating mako particles in the reactor still look beautiful and help immerse you in the world of Midgar, and watching literal sparks fly as you whack some enemies around with Cloud’s buster sword never gets old.

But now, you get to experience all of that action in 60 frames per second, and boy does it make a difference. Right from the very start, the jump in frame rate is immediately noticeable, and everything feels silky smooth.

The fast-paced action combat already felt good on PS4, but it feels nearly flawless on PS5. Pulling off combos and switching between the Operator and Punisher modes with Cloud’s sword feels incredibly satisfying, and while I did eventually swap over to graphics mode just to see if I was missing out on anything, it wasn’t long before I went back to playing at 60fps.

Even just walking around the slums and city center of Midgar feels smoother, and the game never felt like it was less cinematic or immersive due to the higher frame rate.

It’s not just the high frame rate that’s got me so spoiled either; like any other game developed for the PS5, Final Fantasy VII Remake Intergrade also features much shorter load times, which is always a welcome change. The load times aren’t quite as snappy as something like Demon’s Souls, but they’re a definite improvement from the PS4 version, which is nice considering that this game does have quite a few forced loading screens.

Intergrade also finally comes with a photo mode, allowing players to take prettier screenshots in the game itself. While the photo mode itself is a bit lackluster with limited zoom capabilities and no poses at all, it’s serviceable. You’ll still get to play around with a bunch of fun filters, and angle your photo just the way you want it before capturing a screenshot. It’s not a game-changer for me, but it’s still a feature that a lot of fans will appreciate.

Technical improvements aside, this is still the same game from 2020. It’s still a wonderfully fleshed out and well-realized vision of the short Midgar section from the original release, and it’s still one of our favorite RPGs from last year.

At the time of writing, the new Episode Intermission featuring Yuffie still isn’t available, but we’ll have a full review out for the DLC in the coming days, so keep a look out for that. For now, though, just based on how good it feels to play Intergrade on PS5 so far, it’s pretty safe to say that I’m probably going to enjoy playing through Yuffie’s adventure as well.