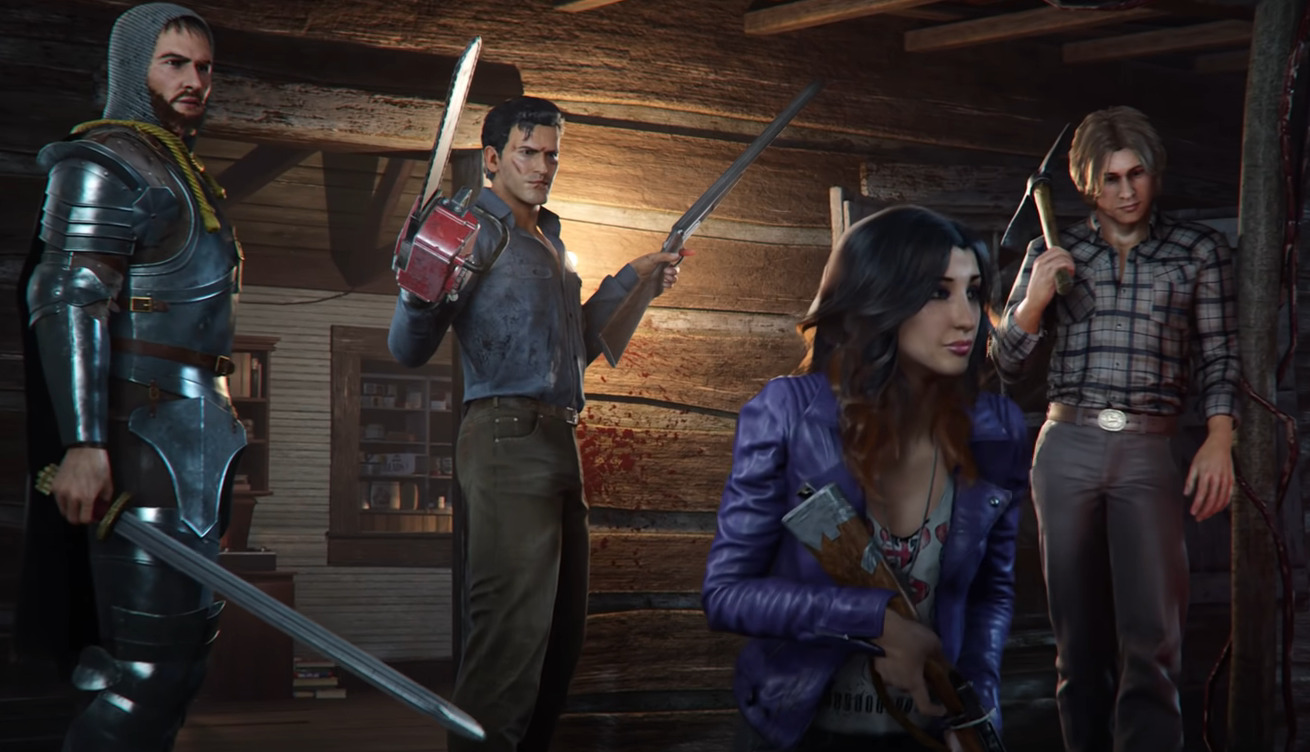 Evil Dead The Game has finally received a gameplay reveal, and it’s a fairly substantial one at that.

During the 2021 Summer Game Fest livestream held on June 10, a gameplay video was revealed for the title based on the popular horror franchise. In it, everything from character animations to basic gameplay modes were shown off, all while Bruce Campbell – aka series mainstay Ash – narrated the events with design details and a fair bit of snark.

The video starts with footage of some of the game’s characters in action. The game functions similarly to Dead by Daylight, with a team of human characters taking on a monstrous threat in the form of undead enemies.

While playing as the human characters, players will be tasked with fighting off the undead with whatever weapons are available to them. Ash, for example, is armed with his trusty chainsaw arm and a double-barrel shotgun. Others wield shovels or blunt objects, and must execute enemies with them in brutal fashion.

They can also use cars and other vehicles to traverse maps and take out enemies, though it’s unclear how prevalent these will be across every map.

Regardless, players will need to stave off their foes while also hunting down pages of the Necronomicon, lost tapes, and other artifacts needed to secure victory against the forces of evil. Once enough are collected, a spell can then be cast to send the demons back to hell.

Those on the opposing side, meanwhile, will have opposing goals with different methods of achieving them. The video reveals that Evil Dead: The Game players have the option to play as the Kandarian Demons in Evil Dead: The Game, embodying a force which can possess members of the undead hordes at will. This allows them to re-position and attack human players at their leisure, hindering human players in the hopes of killing them before they secure victory.

It’s a solid gameplay premise, and the presentation shown in the trailer is promising. The graphics look impressive enough, and the maps tease several notable locales from the franchise.

Fans of Evil Dead will definitely want to view the full gameplay reveal down below.

Evil Dead: The Game is currently slated for release in 2021 on PlayStation 4, PlayStation 5, Xbox One, Xbox series X, PC, and the Nintendo Switch. For more on all the big reveals from the Summer Game Fest, head to Twinfinite‘s home page. We’ll be covering all the latest reveals, and will be updating the site daily throughout the next week.