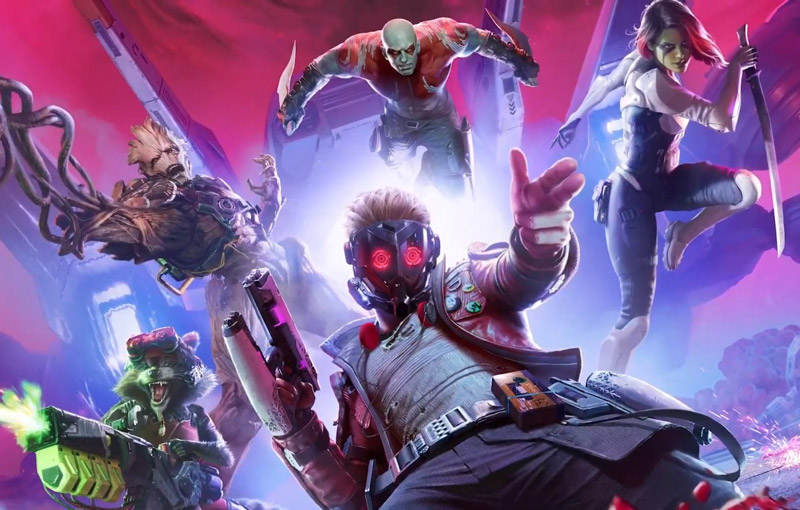 E3 2021 is coming to a close, which means it’s time to take a look back at some of the best trailers we saw during the show.

You can always count on From Software to deliver some truly memorable trailers, and Elden Ring definitely didn’t disappoint. After going literal years without hearing anything concrete about the new high fantasy game, we got to see a brand new gameplay trailer of Elden Ring, and it looked pretty amazing.

The orchestral soundtrack blares into life, adding to the mysterious and fantasical vibes of the game, while also reminding you that you’re gonna have tons of frightening bosses to get through.

This was easily the biggest surprise of Ubisoft’s E3 2021 presentation. While we didn’t get to see any actual gameplay, this CGI trailer of Avatar: Frontiers of Pandora conveyed the vibe of James Cameron’s sci-fi fantasy hybrid world perfectly.

Sure, knowing Ubisoft, this is probably going to end up being some sort of Far Cry or Assassin’s Cry style open-world game where you go around hunting animals and liberating outposts while following a story. But hey, at least the trailer looks cool.

Even if you’re not a fan of racing games, it’s hard not to be impressed by just how good Forza Horizon 5 looks. Officially unveiled during Microsoft’s E3 2021 presentation, we got a nice long look at some off-roading gameplay, as well as the beautifully lush environments that players will be able to drive through and explore.

The game doesn’t seem to do anything specially groundbreaking (at least from what we’ve seen so far), but that trailer alone was enough to impress both series fans and casual onlookers alike.

Replaced is a new indie title from Coatsink Games, and as a completely new IP, it needed a good trailer to really capture the audience’s attention and wow us. And yeah, it definitely delivered in a big way.

Cyberpunk is in vogue now, and Replaced manages to capture that dirty, gritty sci-fi vibe with a deep red and black color palette and pulsing soundtrack. The 2.5D action platformer gameplay looked smooth and snappy, and the trailer was tantalizing enough to keep us wanting to see even more.

Any time we get to see the Rabbids onscreen is a good time. Announced during Ubisoft’s presentation, Mario + Rabbids: Sparks of Hope is a direct follow-up to the Switch-exclusive tactical RPG. Sparks of Hope looks to be going in a completely different direction than Kingdom Battle, though, as we got to see more exploration elements rather than the tactical combat stuff.

The energy of the Rabbids is simply infectious, and while I personally would prefer another tactical RPG, you just can’t help but smile whenever Rabbid Peach gets some screen time.

The trailer we saw was quick and snappy, jumping from one plot beat to another, with tons of comedic moments and enemy encounters sprinkled in there. It looks like a seriously fun time, and while it might not be connected to the MCU and the wildly popular movies, the game has definitely captured the spirit of the IP just from this trailer alone.

Metroid Dread is probably the biggest surprise announcement of the entirety of E3 2021, and it definitely more than made up for the absence of Metroid Prime 4. The trailer itself oozed eeriness and a sense of foreboding especially as we got our first look at the new antagonist E.M.M.I., as well as a quick montage of Samus barreling her way through various levels and playing with some new powers.

The trailer featured just the right balance of gameplay and scary shots of E.M.M.I., heightening the sense of dread and mystery of the game.

To close out this list, we have the new gameplay trailer for the sequel to The Legend of Zelda: Breath of the Wild 2. We’ll be the first to admit that it’s disappointing that we didn’t get to see more of the game considering it’s been two years since that initial announcement, but it’s hard to deny how epic that trailer was.

Everything about it felt incredibly nostalgic, from the soaring music, to Link flying around in his paraglider and using his new Sheikah Slate powers. We also got a glimpse of a strange power around Link’s arm and Zelda herself falling into darkness, adding to the already huge pile of questions we’ve got about the sequel.

This is one of those trailers that you can watch over and over again, and pick it apart to birth tons of interesting fan theories about what the sequel will be about, and that’s what makes this trailer so great.