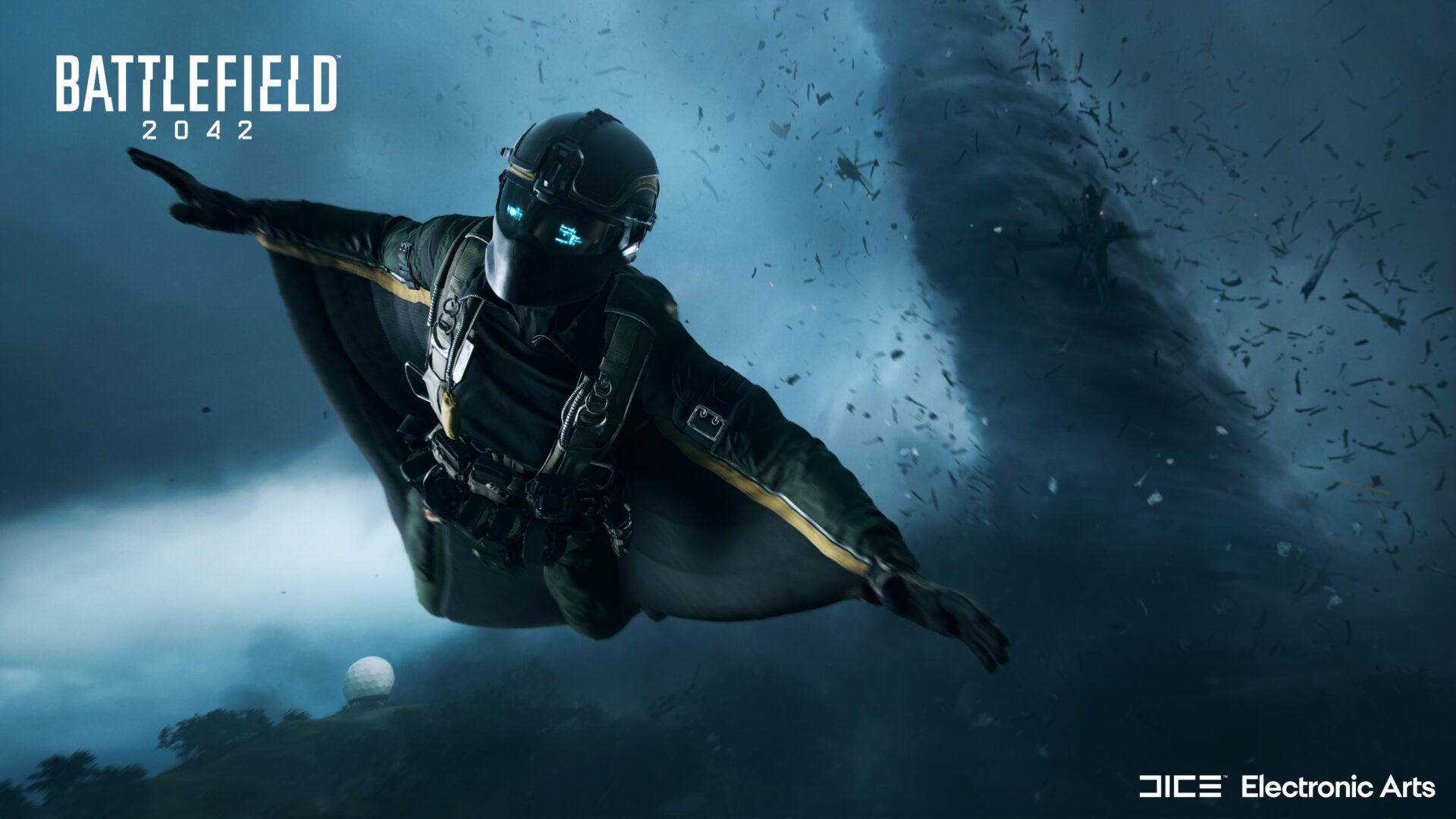 Today, during the Xbox-Bethseda 2021 E3 Showcase, EA Dice showed the first look at the gameplay of the highly anticipated Battlefield 2042. While it was a quick look, it was filled with actual gameplay and it was action-packed to say the least.

What you’re likely to notice right away are the new weather effects. Sandstorms and tornados may appear during battle and force everyone playing to change their strategy. Right away we see how a sandstorm can completely obscure the battlefield and, later, how a tornado will force players to either take cover somewhere out of danger, or adapt by using strategies such as strapping the new wingsuit and going for a ride.

Also prominent in the gameplay trailer are the vehicles that are playable. Battlefield 2042 takes place in the near future so jets, tanks, helicopters, and advanced Ospreys are all on the menu for players to jump into.

You can also get a sense for some of the new specialist gadgets such as the zipline used by the Assault specialist.

Battlefield 2042 maps will be huge, and you can get a feel for that in this trailer as well. Hourglass, which takes place in Qatar, appears to have gotten a ton of screentime in this trailer and for good reason: it pops.

You can check out the three minute gameplay trailer for yourself above. Battlefield 2042 will release on PS4, PS5, Xbox One, Xbox Series X | S, and PC on Oct. 22.