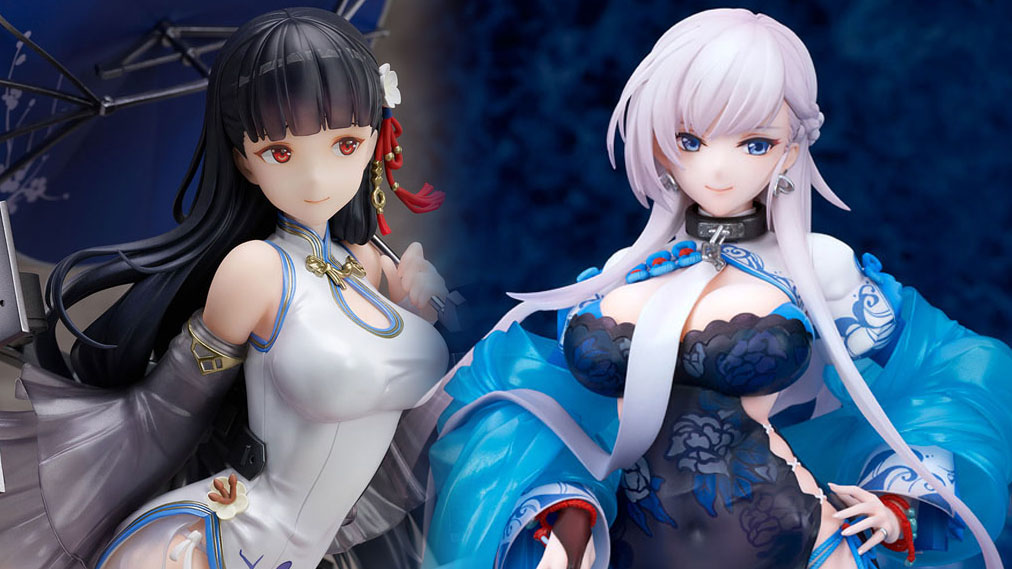 Azur Lane’s popularity in Japan is a train that cannot be stopped, and figure manufacturers continue to reveal new portrayals of the game’s shipgirls.

Alter made a new figure portraying Belfast in her Iridescent Rosa dress available for pre-order. You can find her on AmiAmi for 22,780 yen (approximately translating into $206).

The approximate shipping window is pretty much an eternity away, in August 2022.

Her prototype was sculpted by Toshiyuki Yagyu and painted by Emi Hoshina. The scale is 1/7 for approximately 260mm in height.

Next comes a figure of Yat Sen by FuRyu, that is now available for pre-orders on AmiAmi for a slightly more affordable 19,440 yen (approximately translating into $176).

You won’t have to wait as long for this one, as she will ship in December 2021.

Her scale is also 1/7 for 235 mm in approximate height. The prototype was sculpted by moineau and painted by Getsuryu.

You can check out a few pictures in the gallery below.

If you’re unfamiliar with Azur Lane, it’s is a super-popular free-to-play mobile horizontal scrolling shooter/RPG hybrid developed by Manjuu and published by Yostar, currently available for iOS and Android.