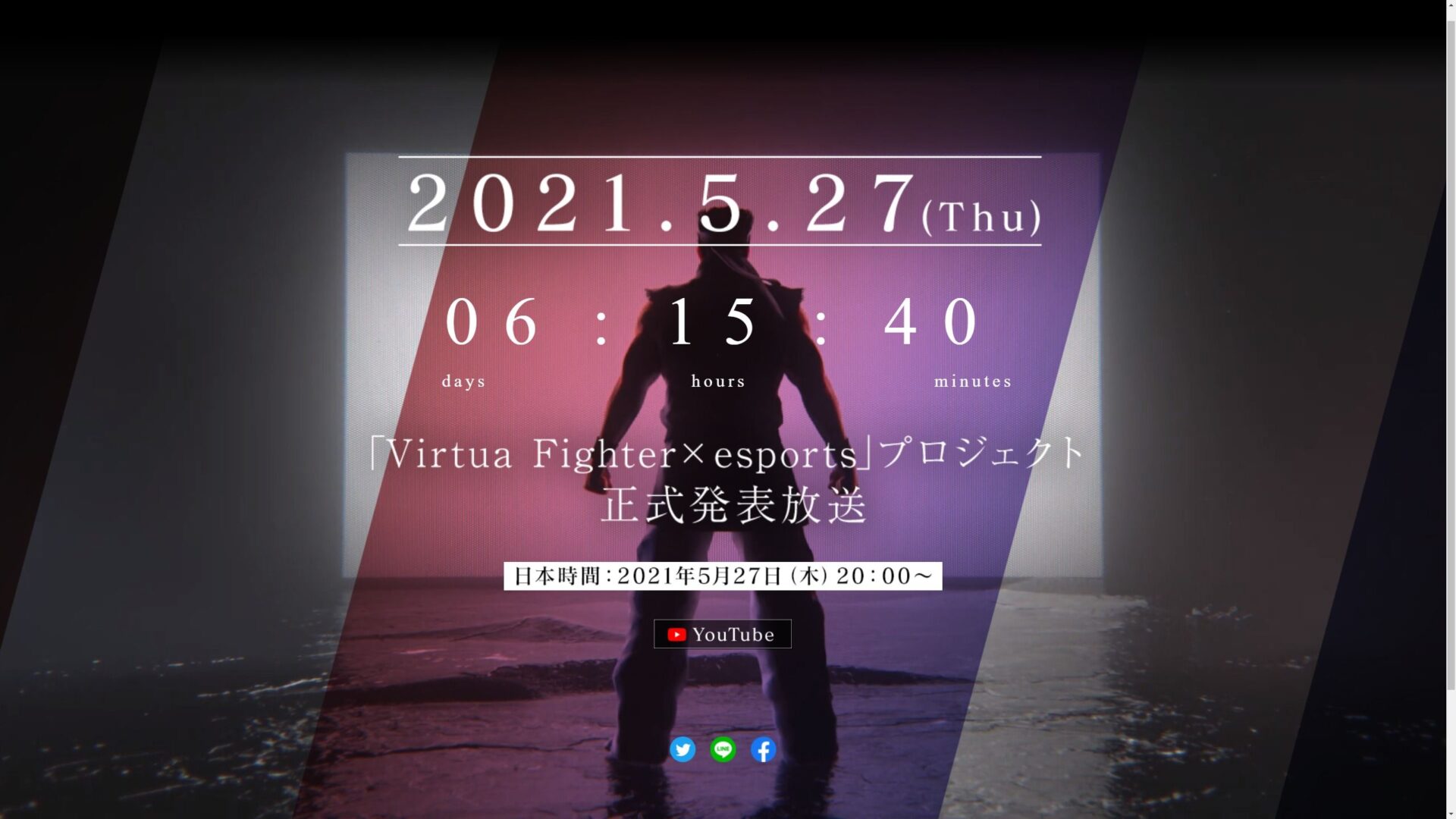 At Tokyo Game Show 2020, Sega teased a “Virtua Fighter x esport” project, but never really explained what it is about. At long last, we’re going to know.

The broadcast will be hosted on the newly opened Virtua Fighter YouTube channel.

It’ll be interesting to see what the project is all about, but for now we’ll have to wait and see.

If you’re unfamiliar with the Virtua Fighter series, it debuted in 1993 in Japanese arcade, followed by a console release on Sega Saturn the following year.

Several arcade and console games followed until Virtua Fighter 5 Final Showdown launched between 2010 and 2012. After that, the series went dormant besides the inclusion of the latest game as a minigame in Yakuza 6: The Song of Life.

This new project is part of the celebrations of Sega’s 60th anniversary, but we don’t know whether a new game is involved. We should probably not assume so, and keep our expectations in check.

If a new game is indeed coming, at least we’ll be pleasantly surprised. Sega does seem to intend to bring back some of its older franchises, but whether Virtua Fighter is in that group or not, your guess is as good as mine.