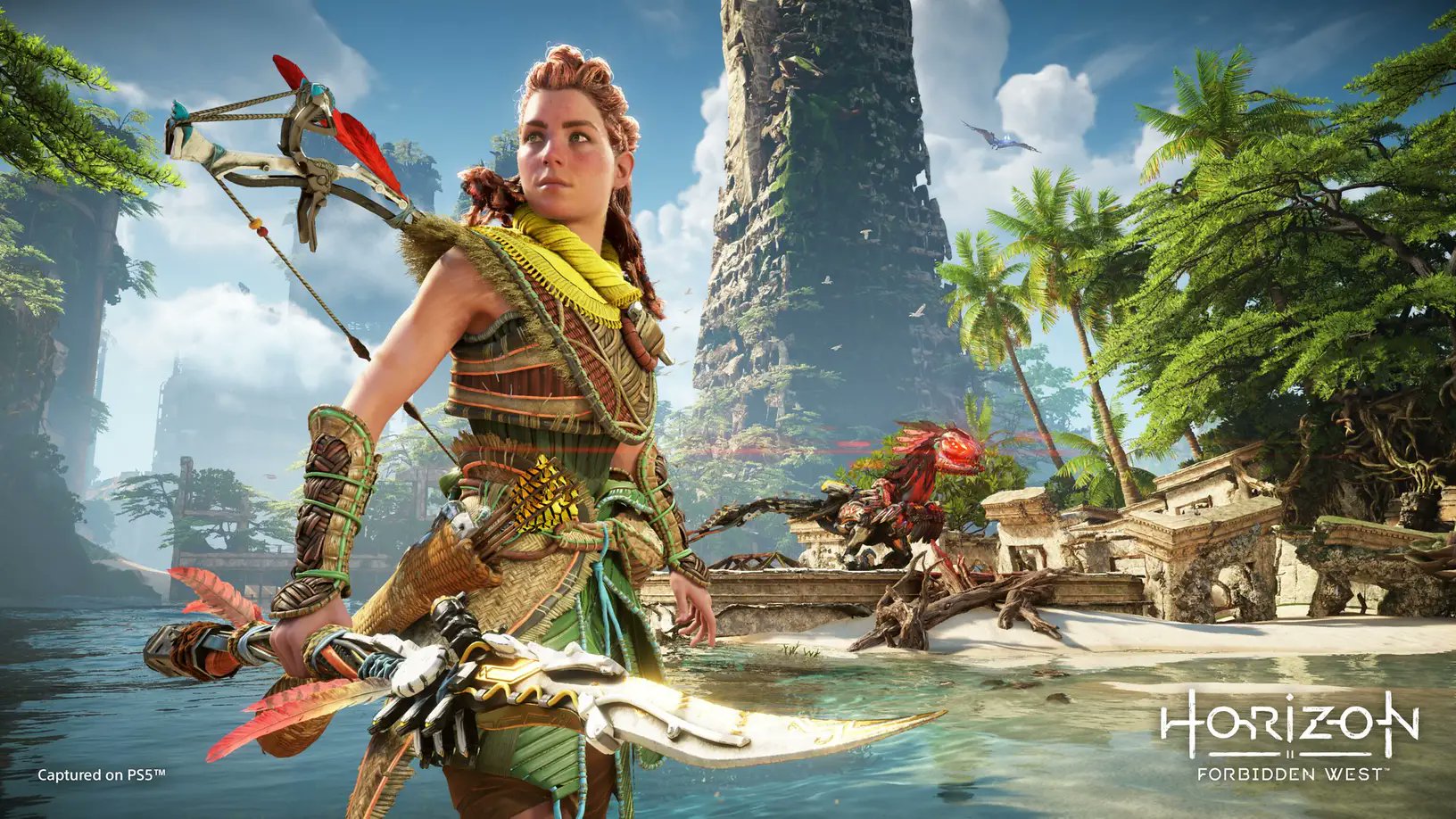 We start with a cutscene setting the stage and we immediately get reunited with heroine Aloy.

Yet, we quickly move on to gameplay as we are treated to the gorgeous environments of the forbidden west. The machines also are showcased almost immediately, and we get to see raiders riding them.

Traversal certainly appears to have been kicked up a notch, and the footage showcases Aloy as she swims underwater to escape the machines in hot pursuit. Of course, there are plenty of dangers in the water as well.

We’re also treated to a look at the massive Tremortusk and a very familiar location, San Francisco, where we see that Aloy can glide and ride the aggressive machines as well.

The video culminates with an epic fight against the Tremortusk, and the larger machines certainly haven’t lost their terrifying power compared to those that appeared in the original game.

At the end of the gameplay, we’re left with more questions as a storm approaches.

On top of that, we get a rather extensive explanation of what we saw from the developers, including of plenty of gameplay details.

You can check it out below and see if it impresses you, alongside a few screenshots.

If you’d like to see more of this beautiful game, you can enjoy the original announcement from last year and a gallery of screenshots.

Horizon Forbidden West will release on PS5 and PS4. In case you’re wondering, not