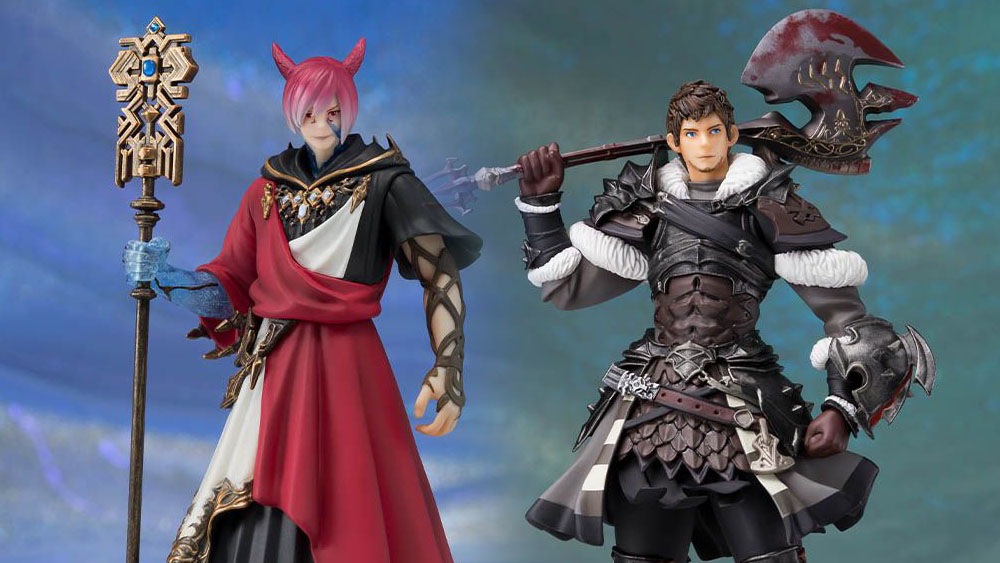 The first portrays Ardbert, while the second brings the Crystal Exarch to the real world. They’re both already available for pre-order at the Square Enix Store.

More merchandise includes a Shadowbringers artbook, a book-style storage box, a Behelmeted Serpent of Ronka plushie, a set of Ascian wine glasses, a Crystal Exarch cane pendant, a set of acrylic job magnets, a stole, an eyeglass case, a personal organizer, a key case, a sling bag, a wallet, and a Vinyl LP box.

Speaking of pre-orders, those for the Endwalker expansion are already available. It will release on November 23, 2021 for PS5, PS4, and PC.

If you want to see more, you can check out the reveal of the extended trailer and the reaper job, and that of the male viera, locations, and release date. You can also take a look at plenty of brand-new official screenshots and art.