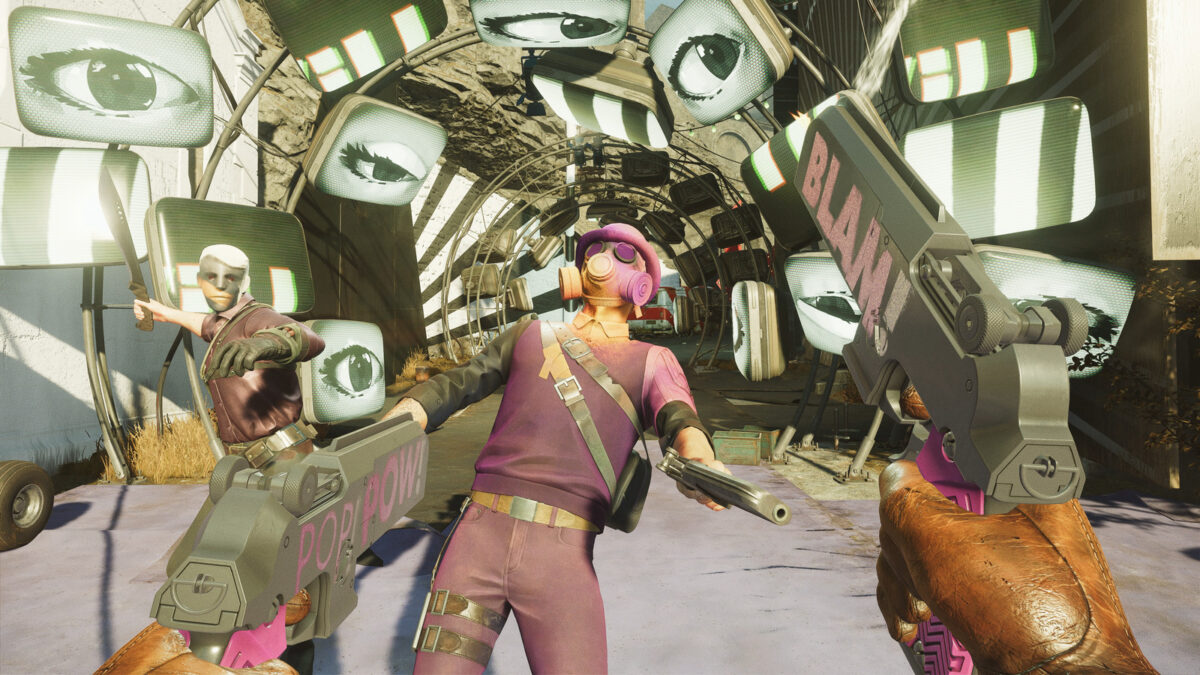 There has been a lot of mystery surrounding Deathloop, as there isn’t entirely too much info about the game outside of the fact that players can control two characters with opposite goals. Colt is trying to break the loop he finds himself stuck in, while Julianna wants to stop him at any cost.

How exact will each player accomplish this, though? Arkane was able to shed a bit of light on that at a recent preview event for the game, as they delved into a lot of the stuff Colt will have at his disposal to try and escape the loop.

For example, there are multiple weapon classes that make up Colt’s arsenal. Those include:

As you’ve likely seen from the bits of gameplay footage Arkane has released for Deathloop so far, weapons aren’t the only thing that players will be able to use to take out opponents. Colt also has an ability known as Slabs at his disposal.

Slabs are rare artifacts that grant you a number of superpowers to pick from, each with its own unique and helpful perks. Examples of this include:

Lastly, there are Trinkets. These slottable items allow you to customize your loadout, offering specific bonuses to your weapons, slab powers, and physical abilities. Trinket effects increase depending on their rarity.

Some examples of weapon trinkets in Deathloop include:

But what exactly is the point of getting all of these interesting weapons, abilities, and Trinkets if they’re just going to reset every loop? Well, at one point in Deathloop’s story, Colt finds a way to carry over weapons, trinkets, and powers permanently across loops in the form of a mysterious resource known as Residuum.

How exactly players can find and build upon that Residuum has yet to be determined. For now, you’ll just have to wait until Deathloop releases for PS5 and PC on Sept. 14, 2021 to find out for yourself.