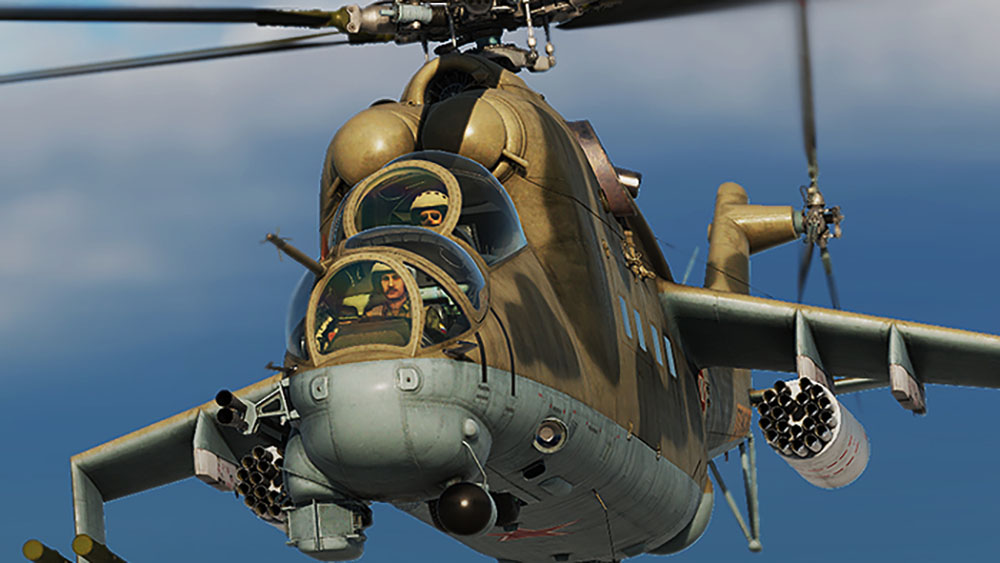 This time around, we get to see a “greatly abbreviated” cold and dark startup procedure for the Hind.

The “greatly abbreviated” part shouldn’t trick you, as it’s still ten minutes of switch-flipping, lever-pulling, and knob-turning, all while surrounded by the beautiful turquoise cockpit which will be familiar to those who love Soviet aircraft.

You may think I’m being sarcastic, but I’m not. This kind of operation and the fact that it’s simplified (there is still a lot to be implemented) truly shows the depth of the simulation, which is great.

Another in-depth video with the full procedure will come when everything is implememnted.

You can watch it below and the Introduction Trailer from a few days ago.

Here’s what you can expect from the Hind:

If you’re unfamiliar with DCS World, it’s a gorgeous and extremely realistic free-to-play sandbox combat flight simulator for PC that offers a giant lineup of DLC aircraft for those who want to expand the experience. You can also check out the previous trailer showing the 2.7 update,