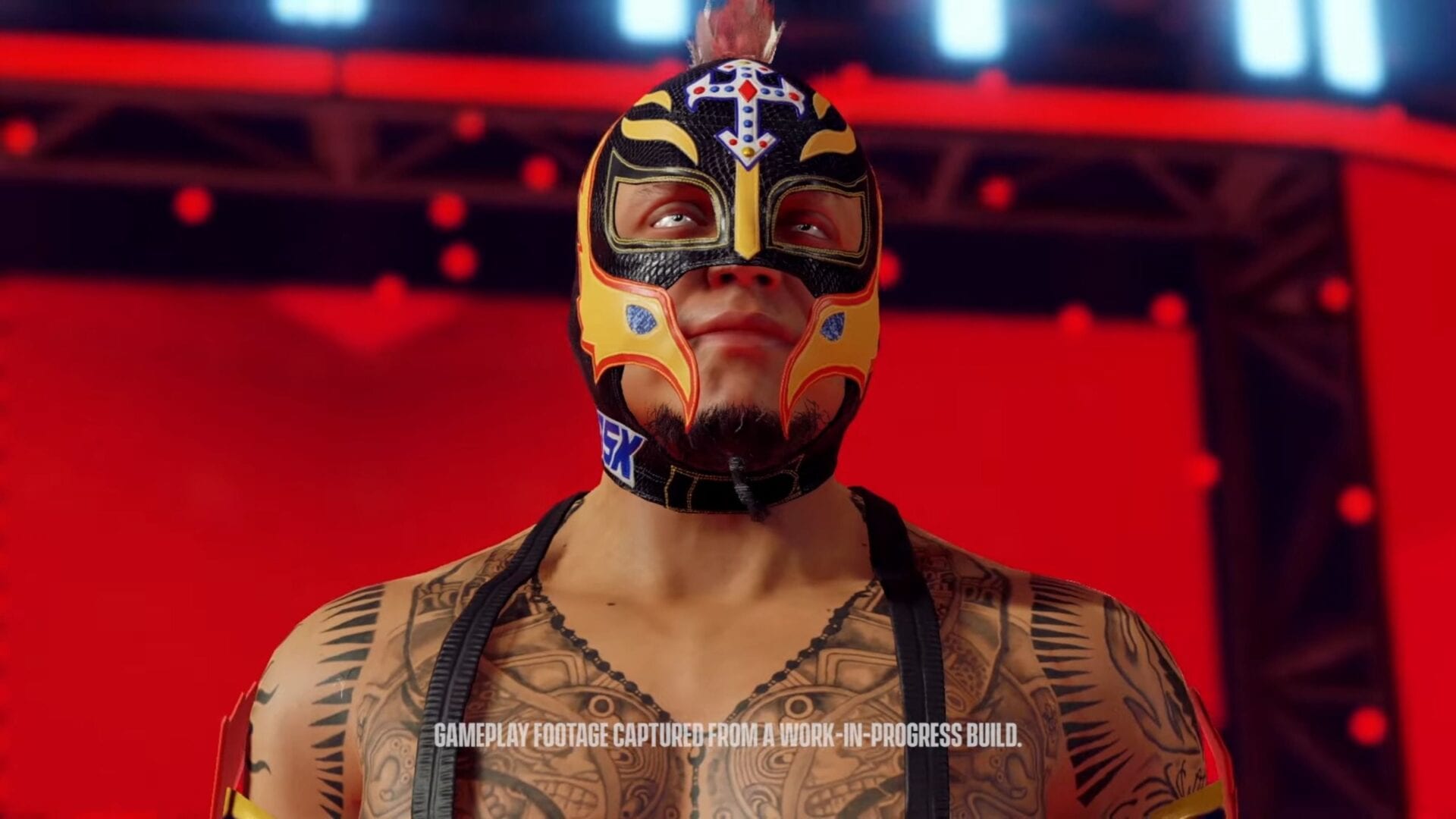 Today wrestling fans from all over the world are following WrestleMania, and 2K Games took the chance to officially announced WWE 2K22, as previously teased.

The announcement came with a brief trailer focusing mostly on popular American wrestler Rey Mysterio, showing his in-game model and his gameplay as he kicks Cesaro in the face.

Rey Mysterio’s model certainly looks very detailed, which is likely to please the fans of the popular veteran wrestler known for punching way above his height.

At the moment, no real details about the game have been revealed. It’s likely to come out before the end of the year, and we don’t know the platforms. That being said, 2K games is likely to try to hit wide to relaunch its Wrestling series after skipping WWE 2K21.

I would be surprised if it came to everything with a chip, including PS5 and Xbox Series X|S consoles and perhaps even the Nintendo Switch.

That being said, this is just my speculation, so we should wait and see what 2K announces next. According to the announcement, details are going to be announced “soon” so the wait shouldn’t be too long.