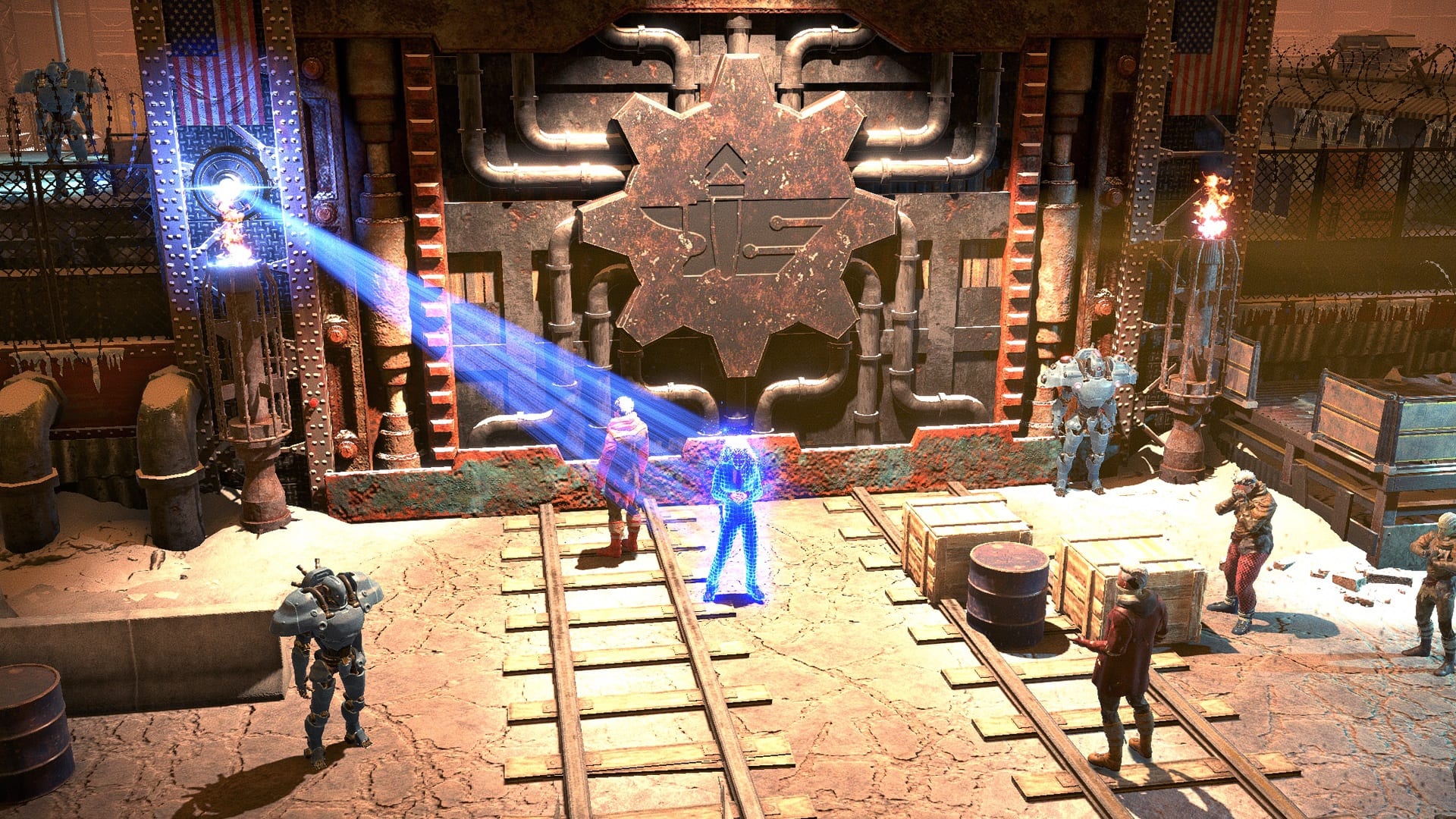 Earlier today, Wastleland 3 fans finally got a glimpse at the game’s first official DLC, The Battle of Steeltown. While the announcement trailer didn’t reveal too many details, it did show off the new setting and gear Steeltown has to offer.

Wastleland 3 developer inXile Entertainment provided an official description for the game’s debut DLC on their website, which we’ve listed for you below:

The towering factory complex of Steeltown manufactures all the tech that keeps Colorado running and the Patriarch in power—trucks, armor, weapons, and robots. But deliveries from Steeltown have stopped cold, and all the Patriarch is getting from Abigail Markham—Steeltown’s leader—are excuses. When he sends the Rangers to investigate, they find the place is a powder keg with the fuse already lit. The workers are striking, bandits raid with impunity, and nobody is allowed through the gates, not even on the business of the Patriarch. Without help, Steeltown could crash and burn for good, and take Markham with it—but maybe that’s just what it needs.

Alongside this brand new narrative, The Battle of Steeltown introduces new mechanics like devastating telegraphed attacks, stacking status effects, elemental shields, and non-lethal weapons. The addition of combat and gear scaling also allows both new and reoccurring players to enter Steeltown, with the story adapting to this accordingly based on the decisions you have or haven’t made.

Wasteland 3: The Battle of Steeltown will be available for $13.99 on Steam, GOG, Xbox One, and PlayStation 4 on June 3. Xbox Game Pass members who want to purchase DLC will also save 10%.

In other Wastleland 3 news, you’ll also want to keep an eye out for the release of Patch 1.4.0. According to inXile Entertainment, the upcoming update will introduce a lot of exciting new features, and is set to drop right before the release of the new DLC.