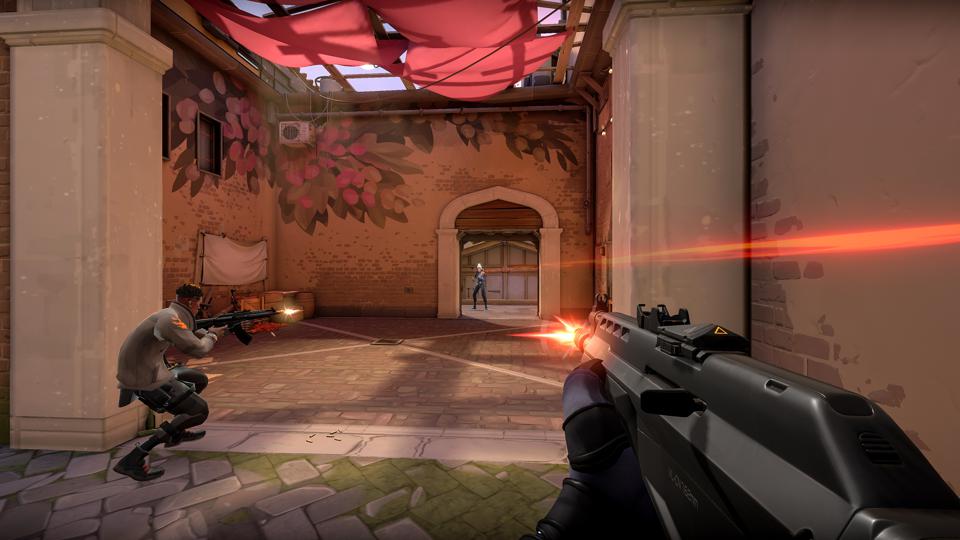 Now that Valorant’s latest patch, 2.08, is out in the wild, Valorant data miners have new files to study, and one, in particular, has discovered a very interesting reference to some sort of “downed” mechanic set to be introduced at some point in the future. It could possibly hint at a new game mode or Agent to be added later down the line.

Downed Information | #VALORANT
~ Downed health: 100HP
~ Max Downed Time: 15 Seconds
~ When revived, you will have 50HP.
~ You can revive from 2M away.
~ When you get near a player “REVIVE” will show, and while reviving you will see “REVIVING…”
~ Reviving Takes 2 Seconds pic.twitter.com/OR2ZEsYEXS

Riot Games hasn’t mentioned anything about such a mechanic previously, nor has it yet made any official statement about the discovery.

Some fans have speculated that it could signal the arrival of a battle royale mode for Valorant given that the mechanic is popular in games like Fortnite and Apex Legends. Valorant certainly wouldn’t be the first game to the mode to its rotation. But even putting aside my doubts that battle royale would even suit Valorant’s gameplay, creating a large-scale battle royale gameplay loop on what would presumably be a huge new map is a massive undertaking. It seems highly unlikely.

Others suggested that Riot could be planning to add a “downed but not out” style mechanic to Valorant’s standard gameplay loop. The mechanic is featured in other tactical shooters that feature “hero play,” such as Rainbow Six Siege, allowing players to revive each other. Again, though, I have my doubts considering how drastically that would change the entire concept of Valorant’s 5v5 plant/defuse loop.

Instead, I think it’s far more likely this is either something that will be worked into Spike Rush or part of an entirely new limited-time game mode, similar to the likes of Escalation. The only other possibility is that the next Agent has some sort of passive revival ability that allows them to revive fallen teammates similarly to Sage. Riot has previously mentioned that future Agents would feature healing abilities while not necessarily being labeled dedicated healers, so it’s possible this revive mechanic is part of a future Agent’s kit.

Of course, it’s all speculation at this point. We’ll have to keep our ears to the ground and wait for Riot’s official word on the matter before jumping to any conclusions. For now, it only serves as a reminder that Valorant’s meta is likely to shift in change in unexpected ways moving forward.

Make sure you check out the Patch 2.08 notes if you haven’t already.