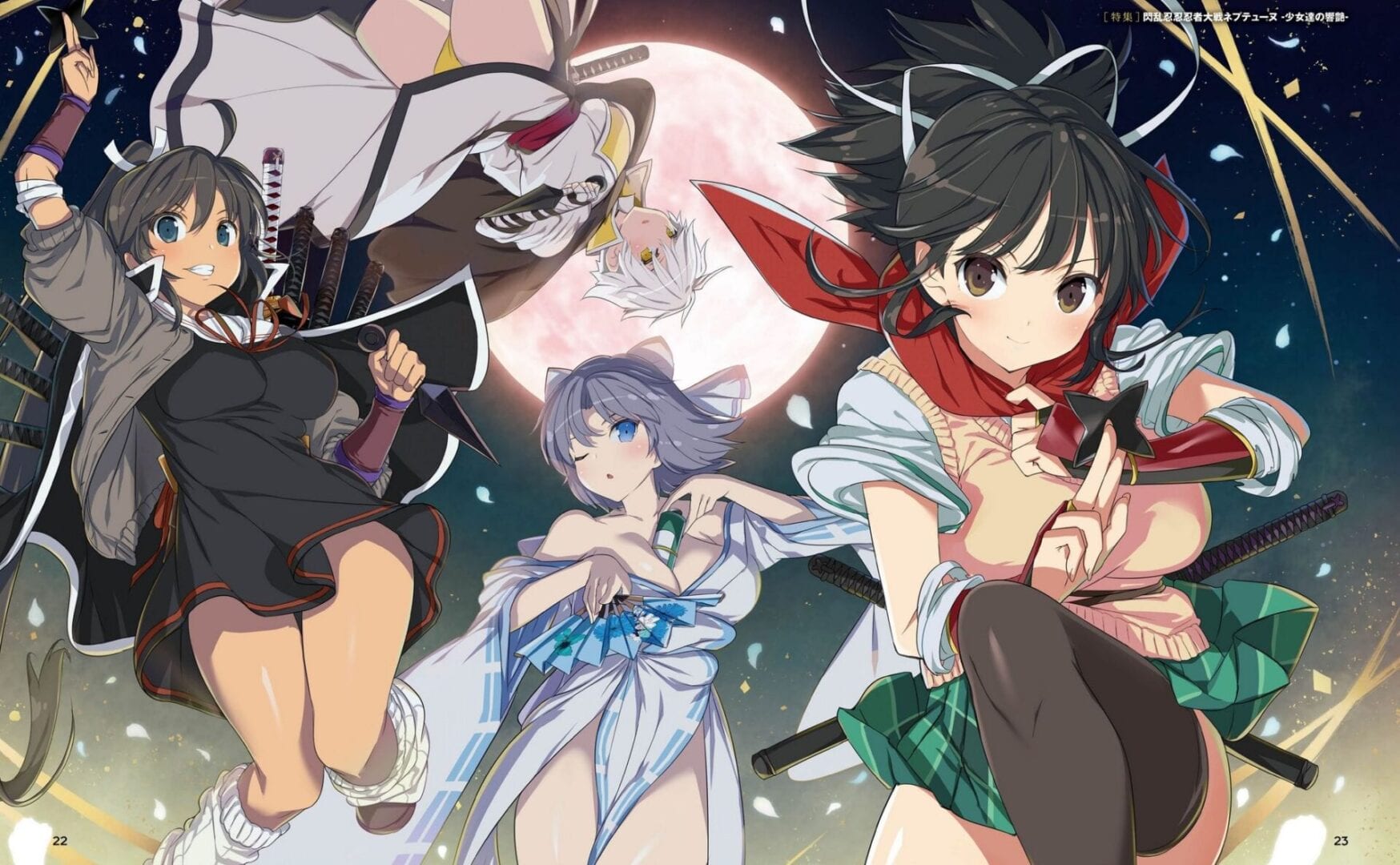 The game, which will finally bring the Senran Kagura series back to consoles, will release in Japan for PS4 on August 26, developed by Tamsoft and published by Compile Heart.

We get to see the new character Yuki, alongside four entries from Hyperdimension Neptunia, Purple Heart, White Heart, Black Heart, and Green Heart.

From the Senran Kagura series we get the reveal of Asuka, Homura, Yumi, and Miyabi.

The genre is defined as “super high-speed ninjutsu action RPG.” Characters can easily perform continuous combo actions and powerful ninjutsu skills that can be used with a dedicated gauge. There are many of them that can be activated in sequence.

That being said, the game includes a lot of RPG elements. Accumulating experience points lets you level up your heroine and increase their power. This lets you, in turn, customize their ninjutsu skills and improve their stats.

The world map lets you enter a variety of dungeons where you can enjoy battles and collect chests full of loot.

You can check out all the art and screenshots below.

At the moment, no western release has been announced, but I would be surprised if the game didn’t come at some point in the future. We’ll have to wait for an official announcement.