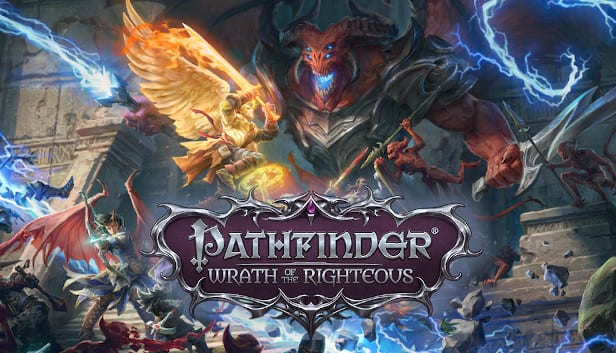 Developer Owlcat Games has today confirmed the dates for its second and final beta ahead of Pathfinder: Wrath of the Righteous’s full launch. The latest build will allow interested parties to experience several features that weren’t included last time, such as the Crusade mechanic, as well as new companion characters and quest content.

The second beta will go live early next month, May 5, and be made available to backers who contributed to the title’s Kickstarter or Slacker Backer campaigns in the relevant tiers on May 5 via Steam. Fans who had access to the game’s first beta may simply update their file to participate in the second beta.

“Our studio is excited for fans to once again embark on a Mythic Path and immerse themselves in well over 50 hours of spellbinding content,” says Alexander Mishulin, Creative Director of Pathfinder: Wrath of the Righteous. “We plan on carefully monitoring feedback as we gear up for the game’s launch later this year, just as we did during our first beta this past February.”

For those not up to speed with Pathfinder, it’s an epic role-playing experience based on the TRPG from Paizo. The first game in the series, Kingmaker, was released in 2018, featuring gameplay reminiscent of other modern CRPGs such as Divinity, featuring isometric gameplay and lots of roleplaying options.

Twinfinite attended a preview event for the game last year and was thoroughly impressed with the early build; editor in chief Ed McGlone said of his time with it:

“The nuts and bolts of gameplay are all sound from what I played, and there doesn’t appear to be any shortage of narrative deviations, skill check dialog options, and the like that fans of the genre and tabletop games are going to want to see.”

Today’s press release included three new screenshots, which you can see below.

To check out some gameplay footage, head over to Owlcat Games’ YouTube channel.

Pathfinder: Wrath of the Righteous will launch for PC via Steam and GOG later this year