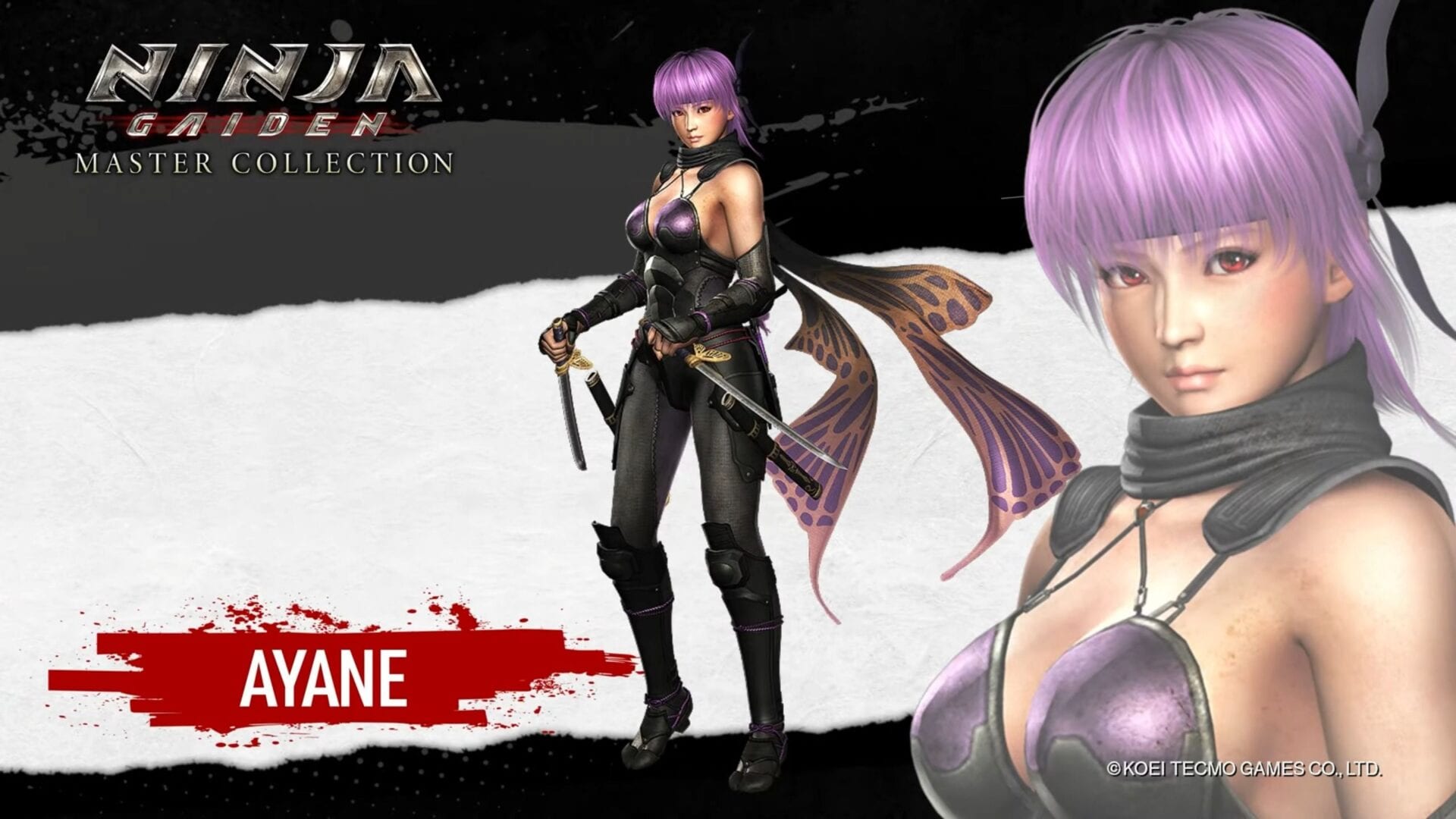 The trailer focuses on showing the characters that will be playable in the Master Collection in action, including hero Hayabusa on top of Ayane, Rachel, Momiji and Kasumi.