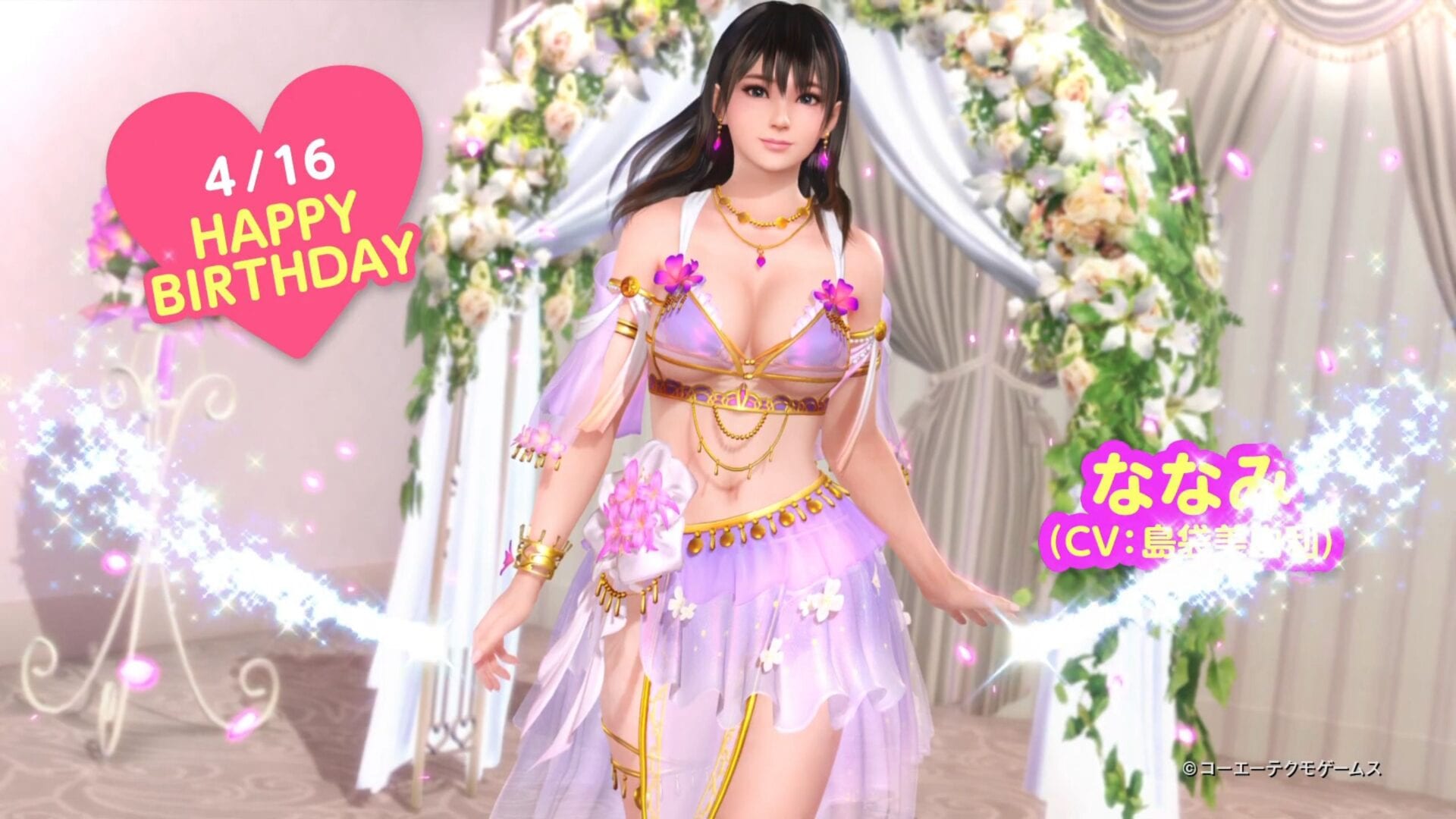 Earlier this month, Dead or Alive Xtreme: Venus Vacation marked the debut of its new heroine Nanami. Today, the game is already celebrating her birthday, which is April 16.

What makes the celebration noteworthy, at least for her fans’ wallets, is that this provides another chance to unlock her. Like the first, though, it’s a paid-only chance.

The usual birthday gacha comes with a 1.10% chance to unlock Nanami, but only 0.78% to get her new birthday costume, wile 0.31% of the full percentage is bound to her original costume.

You can see what the costume looks like in the first video below.

The second video, which was livestreamed yesterday, shows a new gacha featuring Tsukushi, Kokoro, and Misaki in a new magical girl costume.

While I’m sure it’ll be tempting for many, do keep in mind that soon the game will have the first gacha letting you unlock Lobelia without using real money. You likely should weigh the use of your V-stones against that. Personally, I’m waiting, but your mileage may vary.

Incidentally, since there has been a livestream, you likely know that there are plenty of freebies waiting for you at your next login, including a Trend SSR Gacha ticket for April.

As usual, keep in mind that Nanami is not available yet in the Steam version in English, which is behind in content by over a year. It’ll take a long while for her to appear.