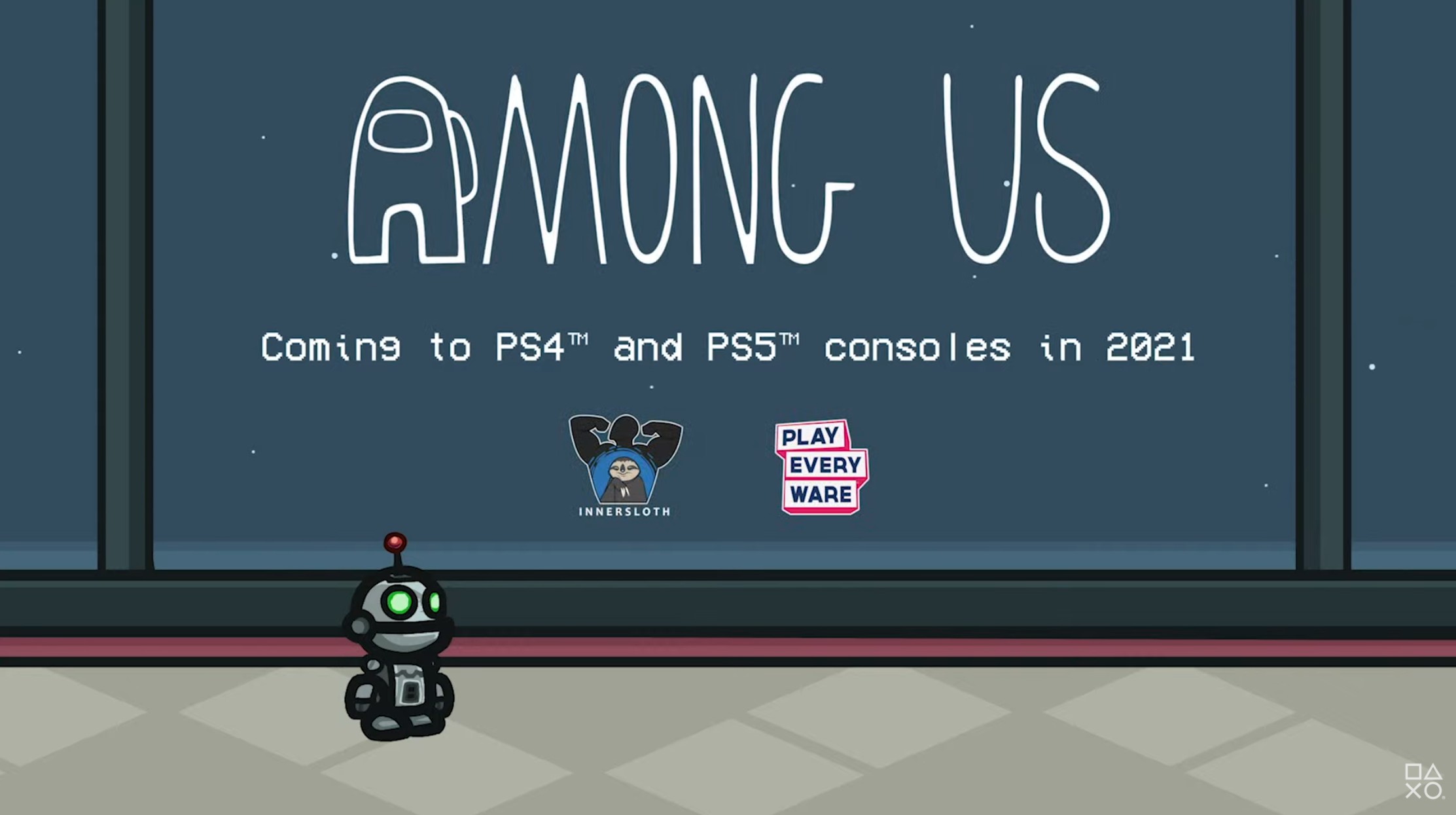 Sony just got super sus, as the company revealed that Among Us is heading to Sony consoles in 2021. The announcement came as a part of the company’s State of Play conference, with the trailer showing one of the crewmates with an unusual hat, skin, and pet.

That customized look is taken straight from PlayStation’s exclusive Ratchet & Clank, allow crewmates to equip Lombax horns, a unique jumpsuit, and Clank as their pet. Any Among Us players that want to get their hands on this getup themselves will have to play the game on PS4 or PS5, as it is only available on Sony consoles.

Despite releasing back in 2018, Among Us blew up in 2020, as fans rushed to console and mobile devices to play this murder mystery title with their friends while being stuck indoors.

Innersloth provides the following description of the game via their website:

Join your crewmates in a multiplayer game of teamwork and betrayal!

Play online or over local wifi with 4-10 players as you attempt to hold your spaceship together and return back to civilization. But beware…as there may be an alien impostor aboard!

One crewmate has been replaced by a parasitic shapeshifter. Their goal is to eliminate the rest of the crew before the ship reaches home. The Impostor will sabotage the ship, sneak through vents, deceive, and frame others to remain anonymous and kill off the crew.