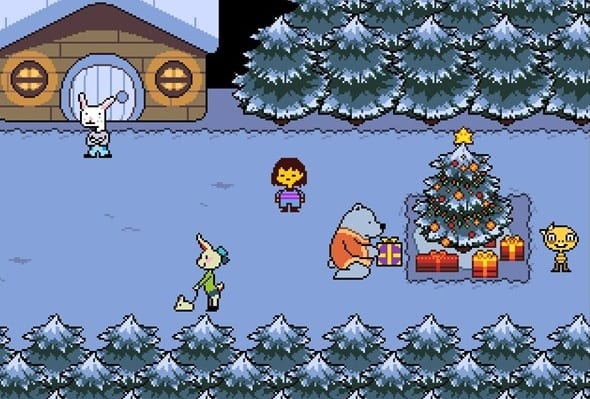 This morning, Xbox announced that the critically acclaimed indie Undertale will be added to the Xbox Game Pass service starting tomorrow, March 16.

This will be the first time that Undertale will be available on Xbox One and Xbox Series X/S consoles.

If you’re not familiar with Undertale, it’s an indie RPG with a twist: you can choose to spare every enemy if you want to. You can interact with each monster and decide to either fight or show mercy. How you choose to play determines the outcome of the game’s story.

As with every version of the game, there will be Xbox-specific features and content to look forward to with the Game Pass version of Undertale. These details have not yet been shared, but based on the trailer there appears to be some sort of exclusive dog slot machine.

It also appears as though Fangamer’s website has been updated for the collector’s edition with a physical Xbox version of the game. You can preorder that right here.

If you’re interested in playing Undertale on your Xbox One or Xbox Series X/S but don’t have Game Pass, it will be available to purchase from the Microsoft Store for Xbox for $14.99.

For more recent Undertale news, you can check out the free 5th anniversary concert that was streamed a few months ago.