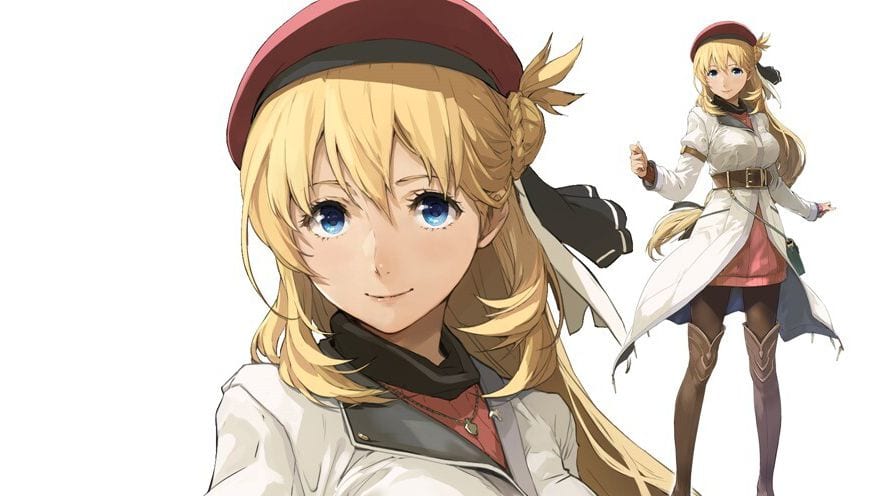 Today’s issue of Weekly Famitsu included a spread on the upcoming JRPG The Legend of Heroes: Kuro no Kiseki by Nihon Falcom.

We get to take another look at the two protagonists, and at artwork showcasing the city where the story starts in the Republic of Calvard.

Then we take an extensive look at the battle system, which can be freely switched between action and turns.

As you move in the field, you can accelerate with R1 and target enemies with R3. You can also completely avoid battles if you so wish. On the other hand, you can close the distance and attack, but of course the enemies will also notice you and try to attack you in return.

Once battle begins, you can attack enemies repeatedly in real-time by pressing the attack button (circle) . If you have a party, you can switch active character whenever you want, and you can change to turn-based battles freely at the press of a button according to your preference.

Incidentally, the main hero wields a sword that can release a shockwave upon hitting, possibly stunning enemies.

The X button lets you evade attacks. The hero does so by backflipping, while the heroine can sidestep. You can also disengage your targeting and run away, leaving the battle at any time.

If you switch to turn-based, it works with command selection as usual, but the character whose turn is to act can still move freely in the battle area.

The effective range of arts has been tweaked and it’s now important to exploit weakness to certain attributes and keeping the range in mind when using them.

Other available commands are “defense,” which reduces received damage, and “BOOST.” S-Break also makes a comeback, when the conditions are met.

Cooperative attacks are also available. If you’re in proximity of another party members, they may deliver additional attacks. Understanding the positional relationships between companions is the key to achieving victory.

You can see all the screenshots below.

The Legend of Heroes: Kuro no Kiseki is the next game of the Trails series and has been announced for yet unknown platforms. It will release in Japan in 2021.

No western release has been announced for now (and probably we shouldn’t expect that announcement too soon), but you can also check out the first screenshots and a lot more details.