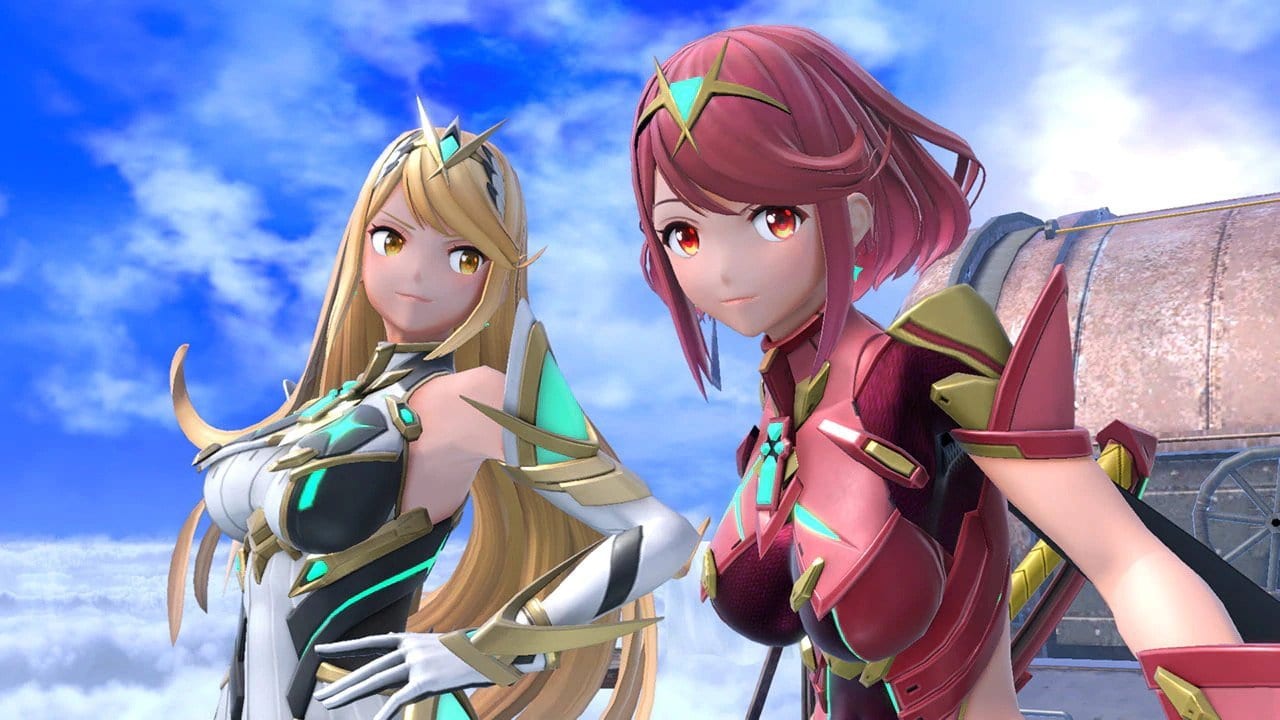 Nintendo has released a new video featuring Masahiro Sakurai breaking down how Pyra and Mythra, the latest additions to Super Smash Bros. Ultimate, will play.

Streamed through the official Nintendo YouTube account on Mar. 4, the video offers a detailed explanation of the Xenoblade Chronicles 2 characters’ origins, their move sets and the new stage that will be released alongside them on

The video starts with a look at the new stage. The first is the Cloud Sea of Alrest. It takes place on the back of a titanic being known as Azurda, or Gramps to characters from Xenoblade Chronicles 2, and is set high up in the clouds.

It stretches all the way out onto Gramps’ head, and while there’s usually plenty of room to maneuver, the stage can shrink when Gramps looks back to see the fight for himself.

As players fight, they’ll also be able to spot other titans in the distance, with each one boasting different terrain on their backs. Likewise, different characters from Xenoblade Chronicles 2 will appear on the battlefield, cheering the player on from the sidelines.

From there, the video moves into a breakdown of Pyra and Mythra’s specific strengths. Whereas Pyra can weather hits more easily and deal more damage, Mythra is faster and more agile, able to quickly and jump higher.

These differences are further highlighted in their movesets. Pyra has several moves which can deal tons of damage in one blow, with her side smash in particular able to send groups of enemies flying with ease.

Mythra, meanwhile, has a Foresight dodge, which reduces damage taken from a hit and can be used repeatedly in quick succession. Not only that, but it slows down opponents who are unfortunate enough to fall for it, leaving them open to a counter attack.

From there, he then shows off the characters in action before detailing the audio tracks and Mii costumes that will also be added to the game alongside the new characters. After that, he wraps things up by announcing that the characters will be available for download later today.

It’s about what Smash fans have come to expect from Sakurai’s breakdown videos, but there’s still more than enough useful info to make it worth watching from start to finish. Fans will want to watch the full video down below.

Super Smash Bros. Ultimate is currently available exclusively on the Nintendo Switch. For more on the game, check out the news that Bravely Default II’s characters will be featured in the Spirit Board.