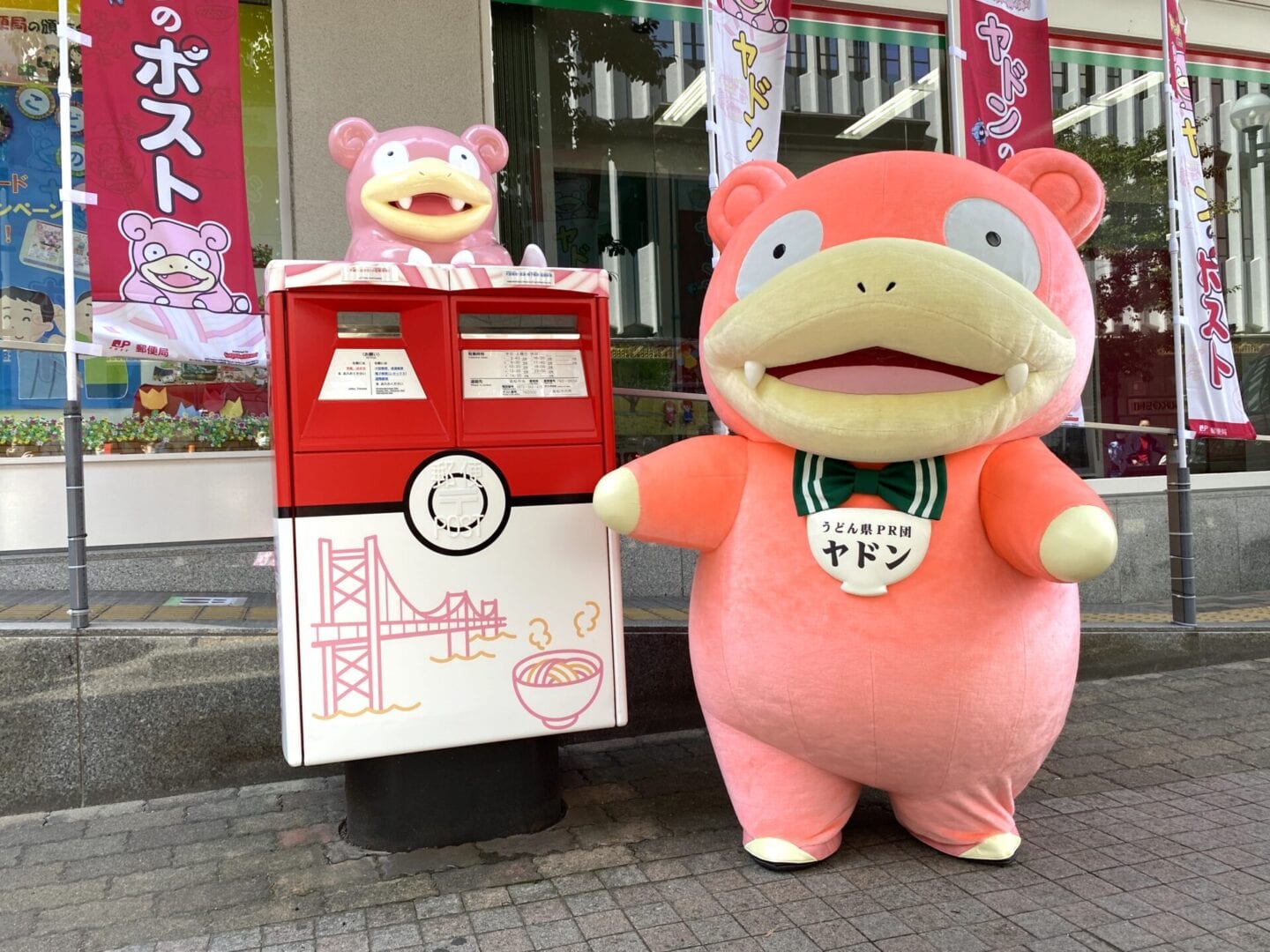 Doubtlessly, Japan loves Pokemon, and the city of Takamatsu in Kagawa Prefecture has found a new way to express that love.

Thanks to the Udon Prefecture x Slowpoke collaboration and with the participation of the Shikoku branch of Japan Post, a dedicated post box portraying the popular sleepyhead critter has been installed in the city.

The post box is in front of the Takamatsu Chuo Post Office and it can be used as a regular one to send your mail. It’s the first featuring a Pokemon in Japan.

You can check out a gallery of screenshots below.

The association between Slowpoke and Kagawa prefecture is a lot more evident to Japanese fans. The prefecture promotes itself as the Udon Prefecture (Udon is a kind of Japanese noodles) and Slowpoke’s original name is Yadon, making the wordplay rather obvious.

That being said, it goes deeper than the wordplay between “Udon” and “Yadon.”

Kagawa’s famous Wasanbon sugar used to make traditional Wagashi sweets shows affinity with Slowpoke’s sweet tail. On top of that, the local area has been suffering from water shortages, so the belief that it rains when Slowpoke yawns was also considered appropriate.

Unsurprisingly, the prefecture is home to a whole bunch of Slowpoke-themed Poke-Lid manholes.