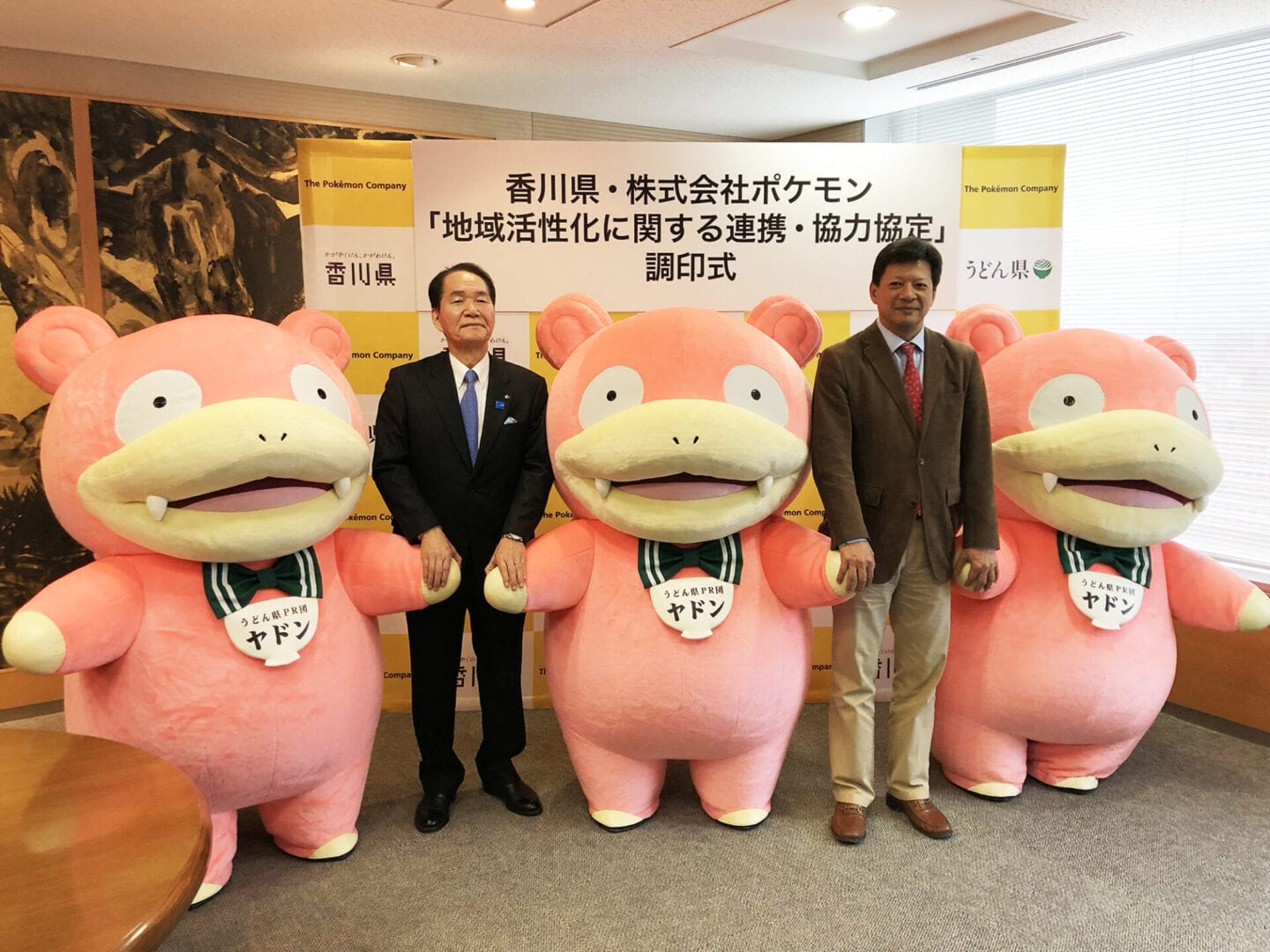 The Kagawa Prefecture in Japan is well known for its popular Sanuki Udon noodles, but Pokemon fans also know it for the association with Slowpoke.

In order to celebrate the 25th anniversary of the Pokemon franchise, a bunch of products is going to be launched as part of a collaboration between the “Udon Prefecture” and Slowpoke.

The association is a lot more evident to Japanese fans, as Slowpoke’s original name is Yadon, making the wordplay rather obvious

The product lineup includes a set of “Genuine Udon Slowpoke Keychains and Brooches” made by hand using salt, water, and flour, which are the same ingredients used to make the Sanuki Udon.

If you’d rather have something actually edible, you can get the Slowpoke Oidemai Pocket that contains 300 grams of Oidemai rice native of Kagawa in a handy pocket-sized bag.

If you’d like something spicier, the Galarian Slowpoke Curry Udon may be for you, containing two servings of spicy curry noodles topped by the local Kagawa confectionery named “Oiri.”

Keeping up with the spicy theme, the next product is the Slowpoke and Galarian Slowpoke chili peppers, which are pretty much what you expect. You get both coarse ground and finely ground local ghost peppers named “Kagawa Mototaka,” which you can use on udon noodles or as an accent for your own cooking.

“Pokemon Stand Udon Prefecture X Slowpoke” vending machines will be installed at local Pokemon centers selling original collaboration project like stuffed dolls. They will have an original unique design featuring Slowpoke, unlike the standard Pikachu design that you can see in the gallery below. The final design has not been revealed just yet.

Last, but not least, Slowpoke mailboxes will be installed in collaboration with Japan post.

Incidentally, the association between Kagawa Prefecture with Slowpoke isn’t limited just to the wordplay between “Udon” and “Yadon.”

Kagawa’s famous Wasanbon sugar used to make traditional Wagashi sweets shows affinity with Slowpoke’s sweet tail. On top of that, the local area has been suffering from water shortages, so the belief that it rains when Slowpoke yawns is also quite appropriate.

Unsurprisingly, the prefecture is home to a whole bunch of Slowpoke-themed Poke-Lid manholes.