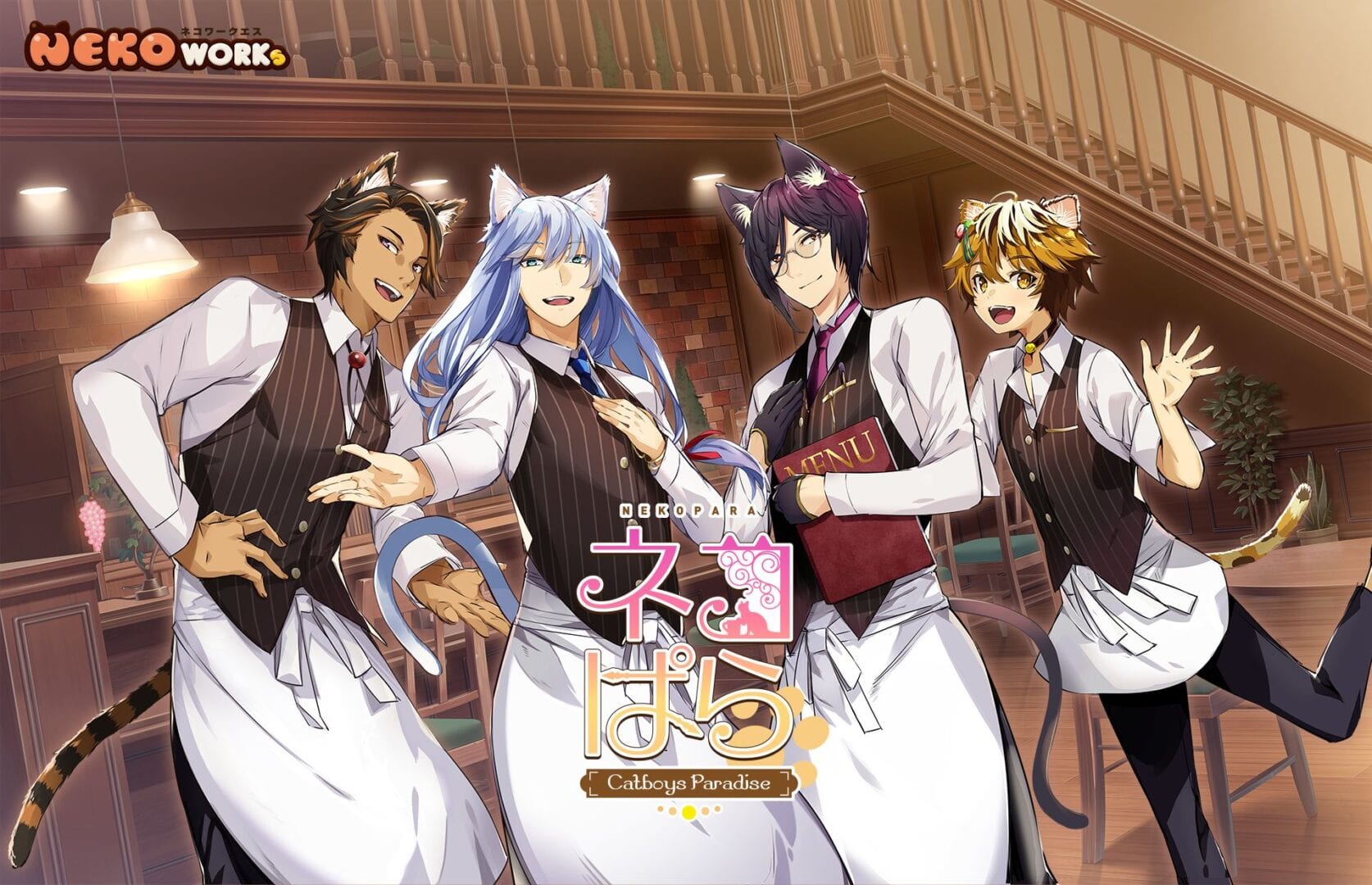 It’ll be released for free for PC, iOS, and Android.

If you’re unfamiliar with Otome Games, they’re visual novels usually featuring a reverse harem cast (one girl with many pretty boys), mostly aimed at a female audience. They’re quite popular in Japan.

This one isn’t an exception. The protagonist will have to staff a bar with four charming catboys in what’s basically the mirror image of the popular Nekopara series.

I know what you’re thinking. It’s April 1st, but this isn’t an April Fool prank, or more precisely, it isn’t anymore. It was, in 2019, but due to popular demand Neko-Works officially announced that this is happening.

The game is produced by Nekopara creator Sayori and written by Yuki Yoshino, who worked on Ensemble Stars!! and more.

G Yusuke, known for the Dies Irae series, is tasked with the character design.

Below you can check out the trailer and first images.