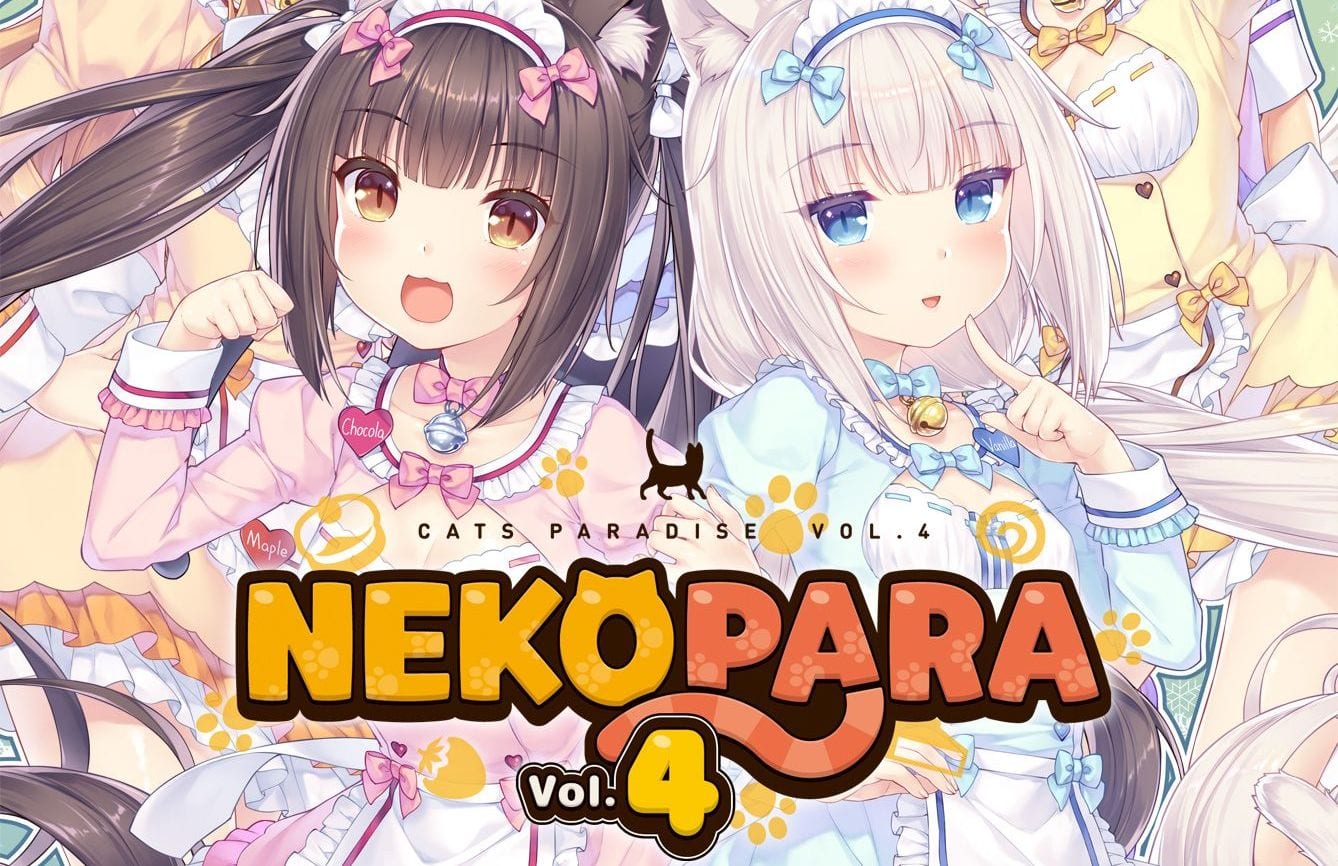 The fourth chapter of the adorable visual novel, which is already available for PC via Steam, will hit the consoles on Dec. 22.

If you’re unfamiliar with Nekopara, here’s how the publisher describes it, directly from the press release.

“Despite the popularity of Kashou Minaduki’s patisserie, “La Soleil”, his father continues to disapprove of it. Seeing how troubled Kashou was, Shigure offers up a suggestion as a change of pace.
Kashou then takes a hot springs trip with Chocola, Vanilla and the other catpanions. With Azuki and Coconut’s encouragement, Kashou is determined to confront his father while Maple and Cinnamon suggest a trip to France to seek advice from the teacher who taught him his craft.
But why is Shigure also tagging along!?
An encounter with a new catgirl in France…
This story is a heartwarming cat comedy about the growth Kashou experiences through his catpanions and the bonds with them and his family!

Loved by fans around the world, NEKOPARA is a visual novel series that features heartwarming episodes of Kashou Minaduki and his catpanions in the patisserie “La Soleil”. Its diverse character animations with E-mote and heartfelt story led by charming characters make the gameplay experience very similar to watching an anime.

NEKOPARA Vol. 4 for PlayStation 4 and Nintendo Switch features hot springs trip with lovely catpanions, and a new episode that takes place in France.

It is full of beautiful artworks drawn by NEKO WORKs. Characters are brought to life with E-mote, and the full voice acting (excluding the protagonist) makes the story more colorful than ever. CG gallery mode and the opening song “SWEETxSWEET” by KOTOKO can also be found in the game.”