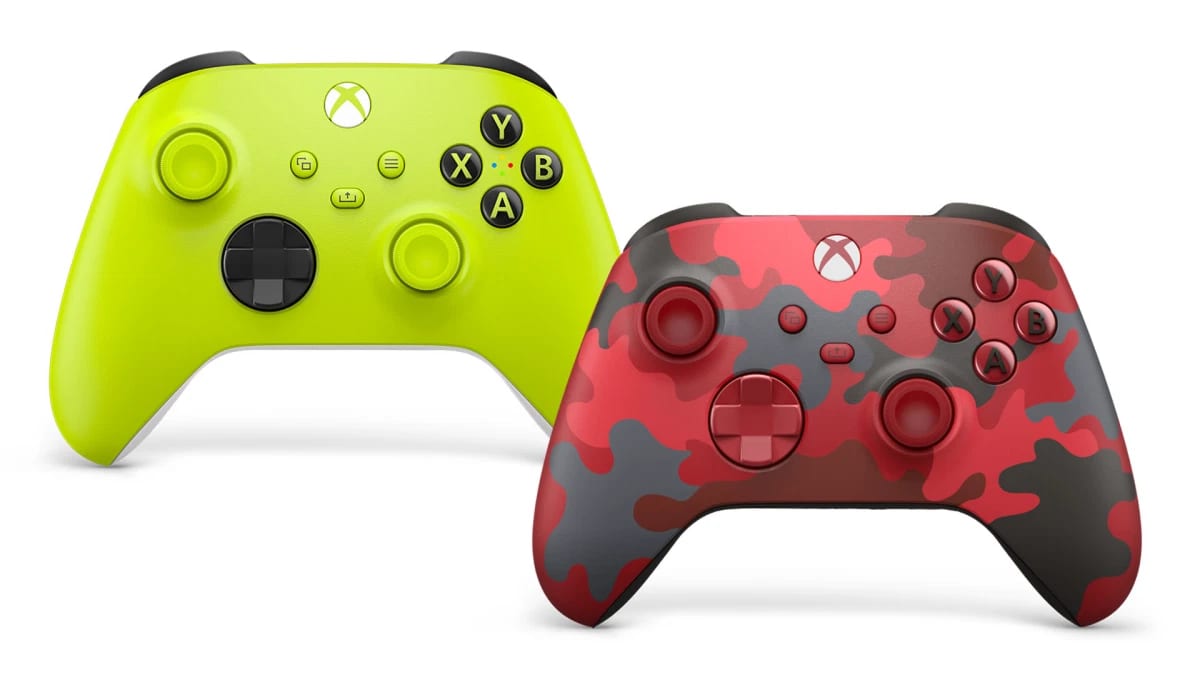 The first color is Electric Volt featuring a bright yellow case with a white back and black for the bumpers, while the Daystrike Camo follows with previous camo-colored controllers with a mix of deep reds, black and grey.

Microsoft said in the announcement that the new controllers will be made with post-consumer recycled (PCR) resins, which will be a first for the company in Xbox hardware. The two controllers will contain “a portion” of the resins made from recycled materials such as automotive headlight covers, plastic water jugs, and CDs.