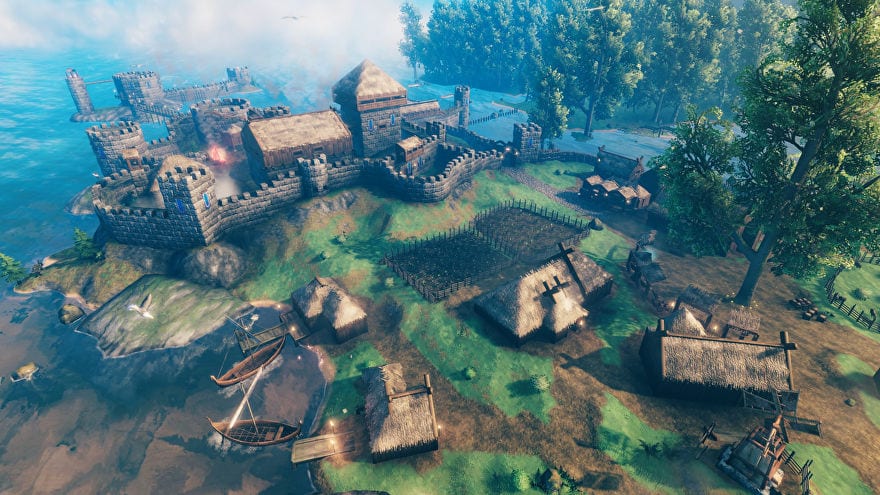 Developer Iron Gate has today published the Valheim patch notes for a substantial update that went live yesterday. 0.148.6 introduces a number of new balancing changes and bug fixes; most notably, it nerfs the ability to farm Greydwarfs with the toaster method shared on Reddit a couple of weeks back.

If you hadn’t heard, players had discovered that by building a pit full of bonfires, campfires, and hearths at a Greydwarf spawn point they were able to trap and kill Greydwarfs, creating a never-ending resource farm.

The new patch more or less puts that to an end with a balance change that sees fires taking damage when dealing damage. It’s still possible, of course, but it now requires constant repairs to maintain.

Elsewhere, there are some other notable changes, including an increase in inventory space for reinforced chests, as well as boss drops now floating on water to make looting easier.

For those who frequently use Valheim’s console commands, the latest patch also changes the “imacheater” command to “devcommands.”

For more on Valheim, you can check out Twinfinite’s recent list of best seeds to visit.