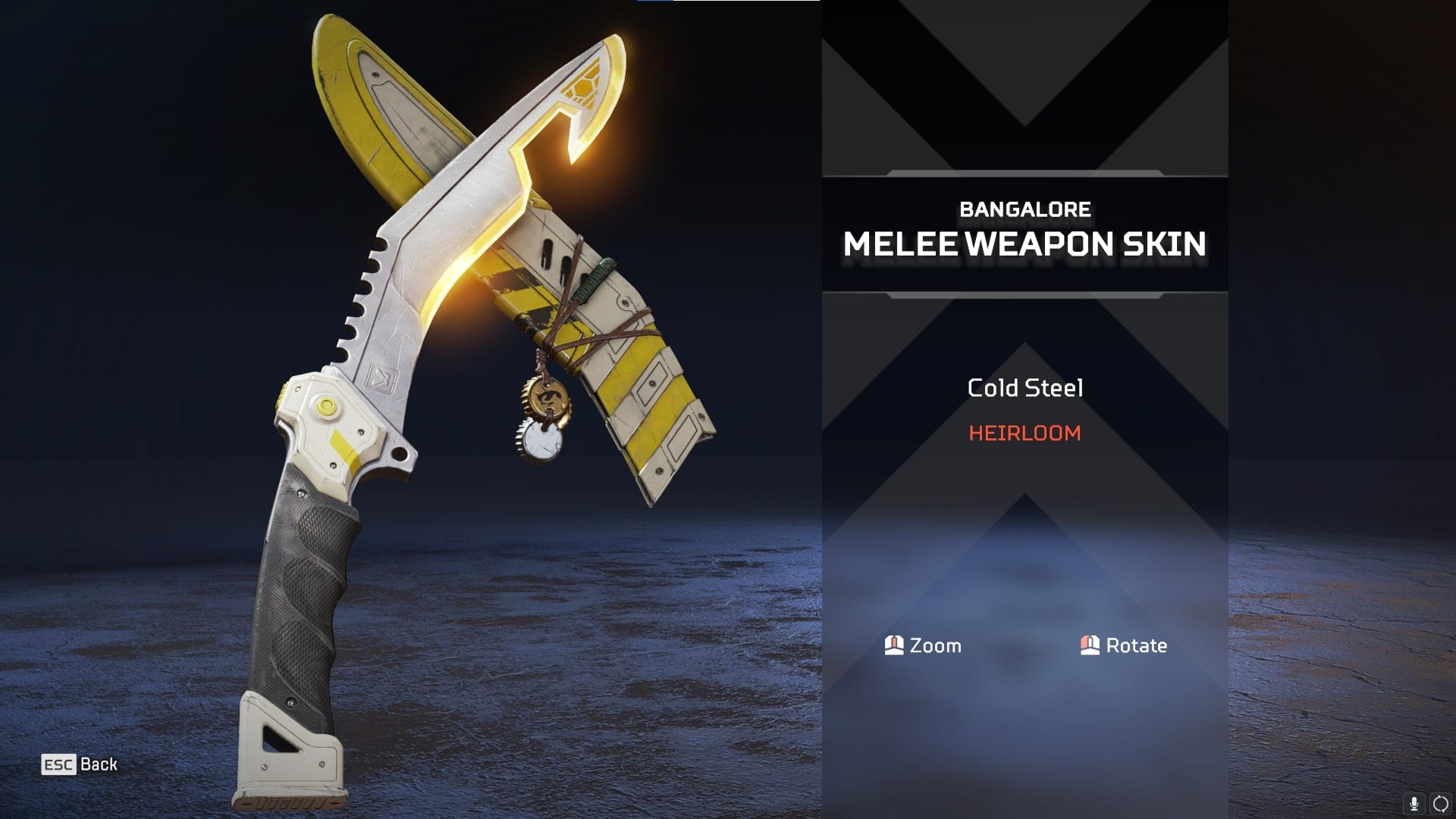 How to get Bangalore’s Heirloom Knife

More recent Collection Events have started providing Heirlooms as a completion reward. This means that players will be able to obtain Bangalore’s knife once they collect every single cosmetic available as part of the Chaos Theory event.

The major catch here is that these items can only be obtained through Chaos Theory loot boxes, which cost Apex Coins to open. Apex Coins can only be earned by leveling up the Battle Pass, or by using real-world money to buy them.

One Chaos Theory loot box costs 700 coins, and a 10 pack of boxes costs 7,000, which is an extremely high amount. Thankfully, each event box is guaranteed to contain at least one of the event items.

Once you get the shards, you’ll be able to craft whichever Heirloom you want, including Bangalore’s. So far, Wraith, Lifeline, Pathfinder, Gibraltar, Octane, Mirage, Bloodhound, and Caustic are the other Legends with Heirloom items.

That’s everything you need to know about how to get Bangalore’s Heirloom knife in Apex Legends. Check out some of the articles below if you’re looking to read more on the game.