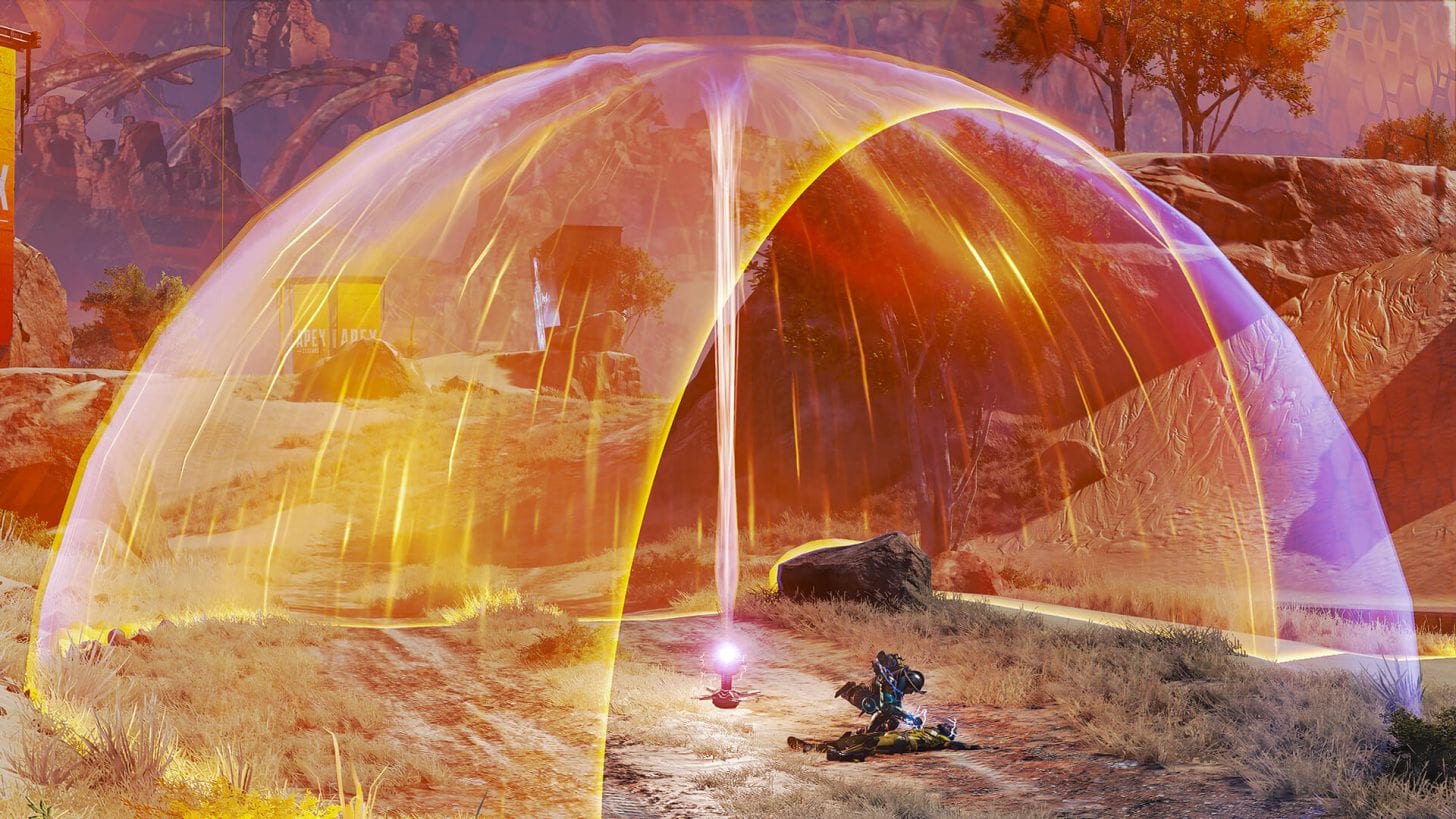 Apex Legends will receive a new Collection Event and gameplay changes alongside the game’s launch for Nintendo Switch on March 9.

Coming off the recent Anniversary Event is the new Chaos Theory Collection Event with another track of earnable rewards and purchasable cosmetics. It will also change the Water Treatment location on Kings Canyon into Caustic Treatment, where players can drain toxic liquid to uncover gold loot.

Players will be able to try out a new playlist called Ring Fury, where multiple “ring flares” appear randomly in the safe circle and damage players the same as being outside the current ring would. Other than avoiding the flares, players can use the new Heat Shield item given each game to avoid damage and speed up healing items or revives.

The Heat Shield will receive its own spot on the inventory screen called the “Survival Slot.” The spot is dedicated to the new item or the Mobile Respawn item, so it will not waste a space in the normal backpack inventory.

Apex Legends players who prefer to play solo will now be able to alongside the update with no-fill matchmaking. Players will be able to launch into Duos or Trios by themselves against other teams. Developer Respawn said the game is about teamplay, but the feature could be used to either warm up or try out new characters.

No-fill matchmaking will not be available for Ranked mode, and each game will allow six potential no-fill players so it is not quite a solo queue option.

The update will also bring changes to some weapons and characters, such as Mastiff changes, Watson getting passive shield healing, and Caustic’s gas abilities receiving nerfs.

The new event and update will be coming to Apex Legends for PC, Xbox One, PlayStation 4, and Nintendo Switch on March 9.