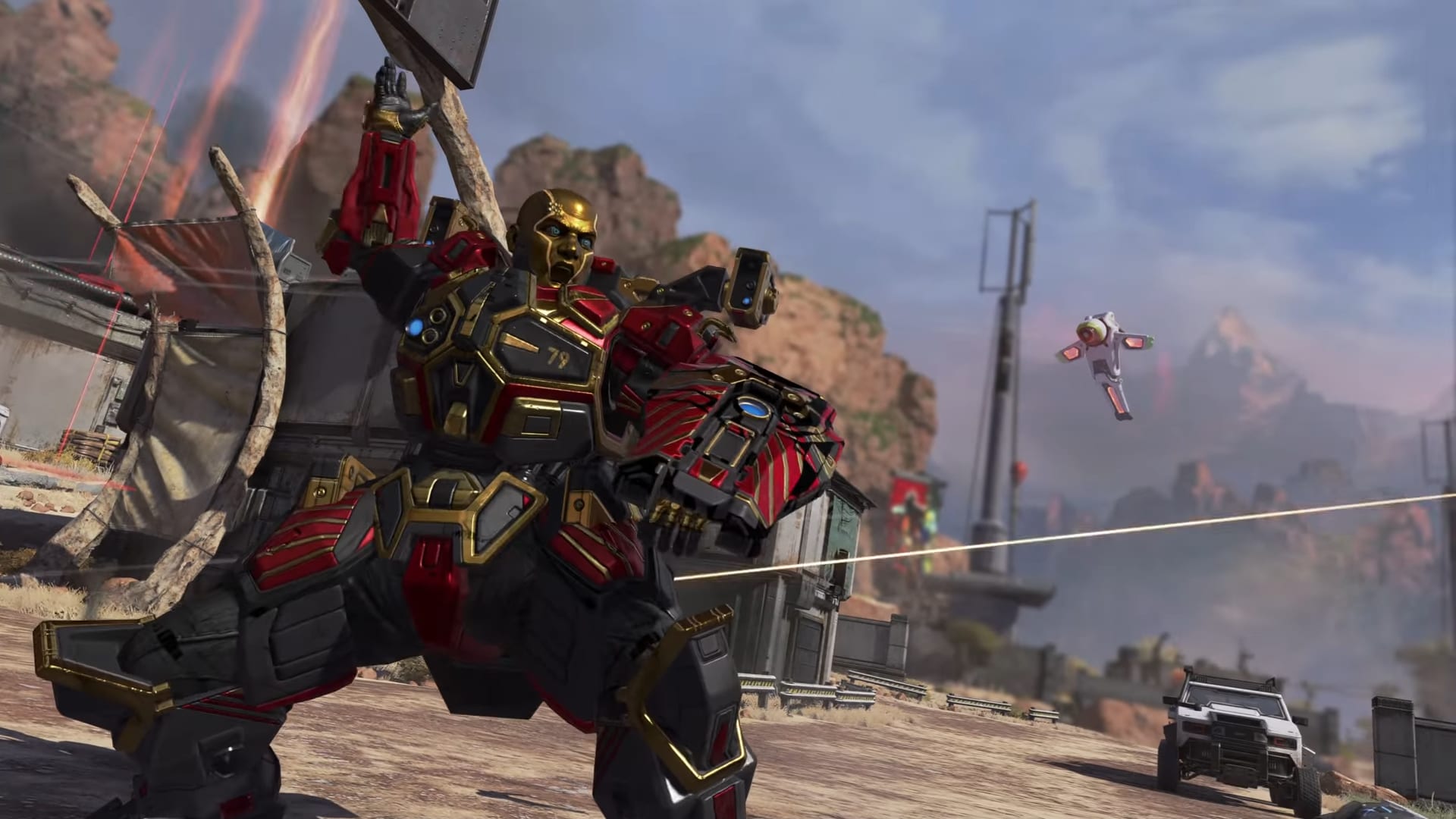 The Anniversary Collection Event will offer 24 “fan-favorite” returning cosmetic items that have been repainted with red and gold. Previous events would offer a character-specific heirloom item after collecting all event items, but this event will instead give 150 heirloom shards to unlock any current heirlooms.

The studio is also lowering the crafting cost of Collection Event items by 50%, while the free rewards track available during the event offers two Event Packs and ten Apex Packs alongside another 10 cosmetic items to earn.

Players will receive three matching stat trackers for Bangalore, an Apex Pack, and an event badge for simply logging in during the event.

The normal Apex Legends playlist will also receive a new Takeover event with “Locked and Loaded,” where all players start each match with a Mozambique with common rarity attachments, common armor and gear, two Syringes, two Shield Cells, and one stack of shotgun ammo. Common rarity equipment and items will also be removed from the loot pool for the duration.

Players can also earn three badges and a weapon charm by completing challenges such as winning a match with eight different characters, completing 75 Daily Challenges, and dealing 3,333 and 102,816 damage with the Mozambique.

The Anniversary Collection Event begins next week on Tuesday, Feb. 9 and ends on Feb. 23. Apex Legends started its Season 8 earlier this week with new character, weapon, map changes, and more.