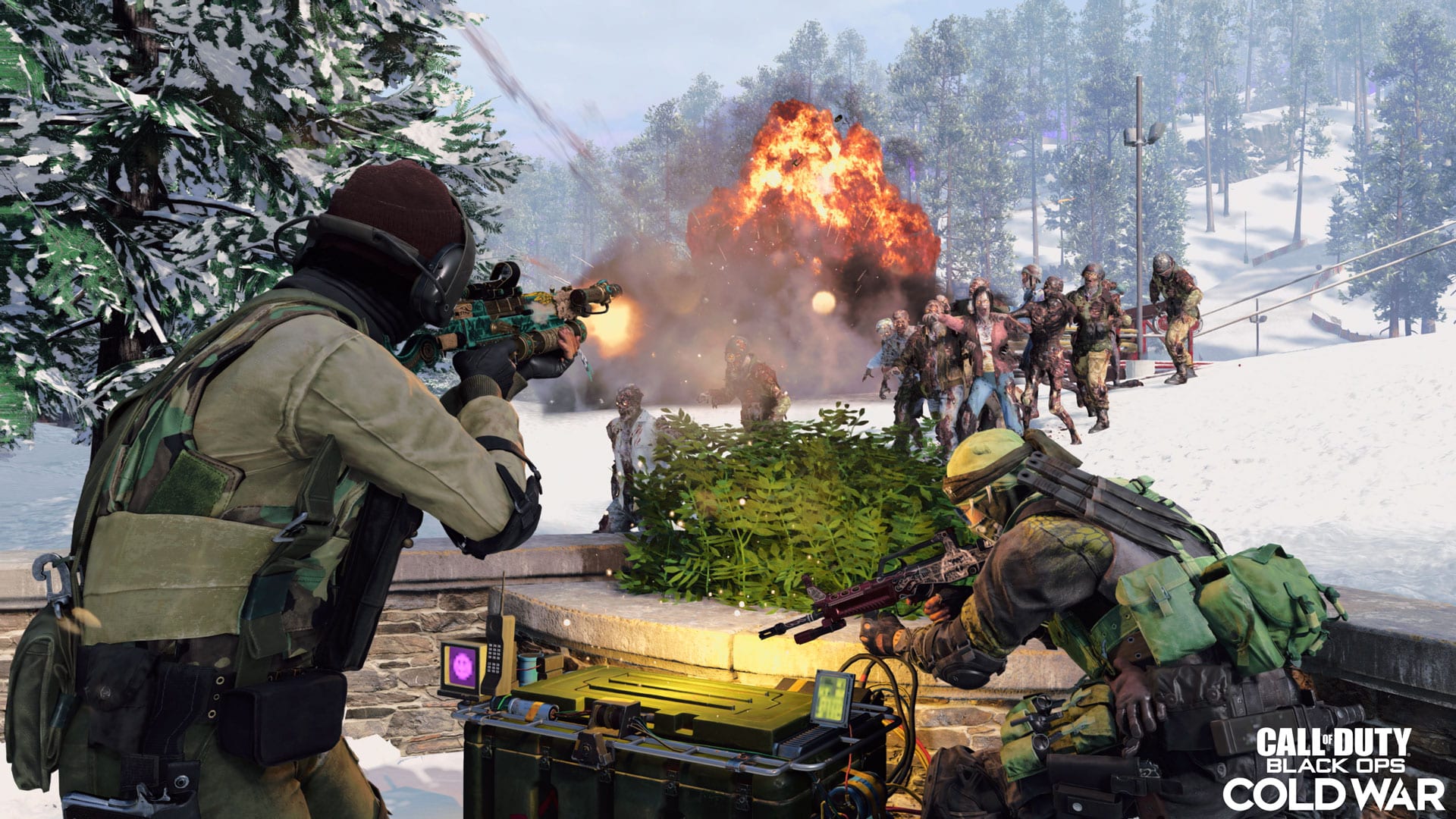 As the Season 2 update for Black Ops Cold War and Warzone approaches, Treyarch has released a trailer for the new Zombies mode, Outbreak.

Outbreak is a free addition to Zombies that will be playable in Black Ops Cold War. Unlike the original map and the recently released Firebase Z, it’s a large scale experience that features vehicles and an increased focus on exploration. The official description of the mode reads:

“Outbreak takes place across massive play spaces throughout the Ural Mountains, packed with new enemies, team objectives, player rewards, and intel to discover on foot, in vehicles, or by jump pads. Whether its hunting down elite enemies using a satellite tracker, escorting a Rover that detects dimensional portals, or holding out against zombies in a confined Dark Aether zone, agents of Requiem will need to complete these investigations before they can Exfil… or risk entering a Dark Aether portal to a new region for even more rewards.”

While small snippets were shown in the Season 2 trailer last week, the new trailer focuses on everything that you can expect. You can see it below.

The main thing you’ll notice is quite how big the Ural Mountain map is in Outbreak. There are the open lower ground areas, which are brighter than any Zombies map you would have seen before, and the entirely different snowy peaks. It means you have to completely change how you approach the oncoming hordes.

It also showcases the portals system, which will transport you and your squad to the Dark Aether zone to get better rewards. It’s not quite clear how they’ll work yet, but knowing Zombies, you’ll have to work together to complete puzzles of some kind.

Finally, a lot of the free mode’s vehicles show up in the trailer. It seems like you’ll be able to pilot helicopters, armored trucks, and more, just as you would in Black Ops Cold War’s larger multiplayer modes.

You’ll be able to experience Outbreak even if you don’t own Black Ops Cold War too. From Feb. 25 through until March 4, both Cold War’s multiplayer and Outbreak will be free to try out.

As more details on Outbreak are revealed, we’ll be sure to bring them to your attention.