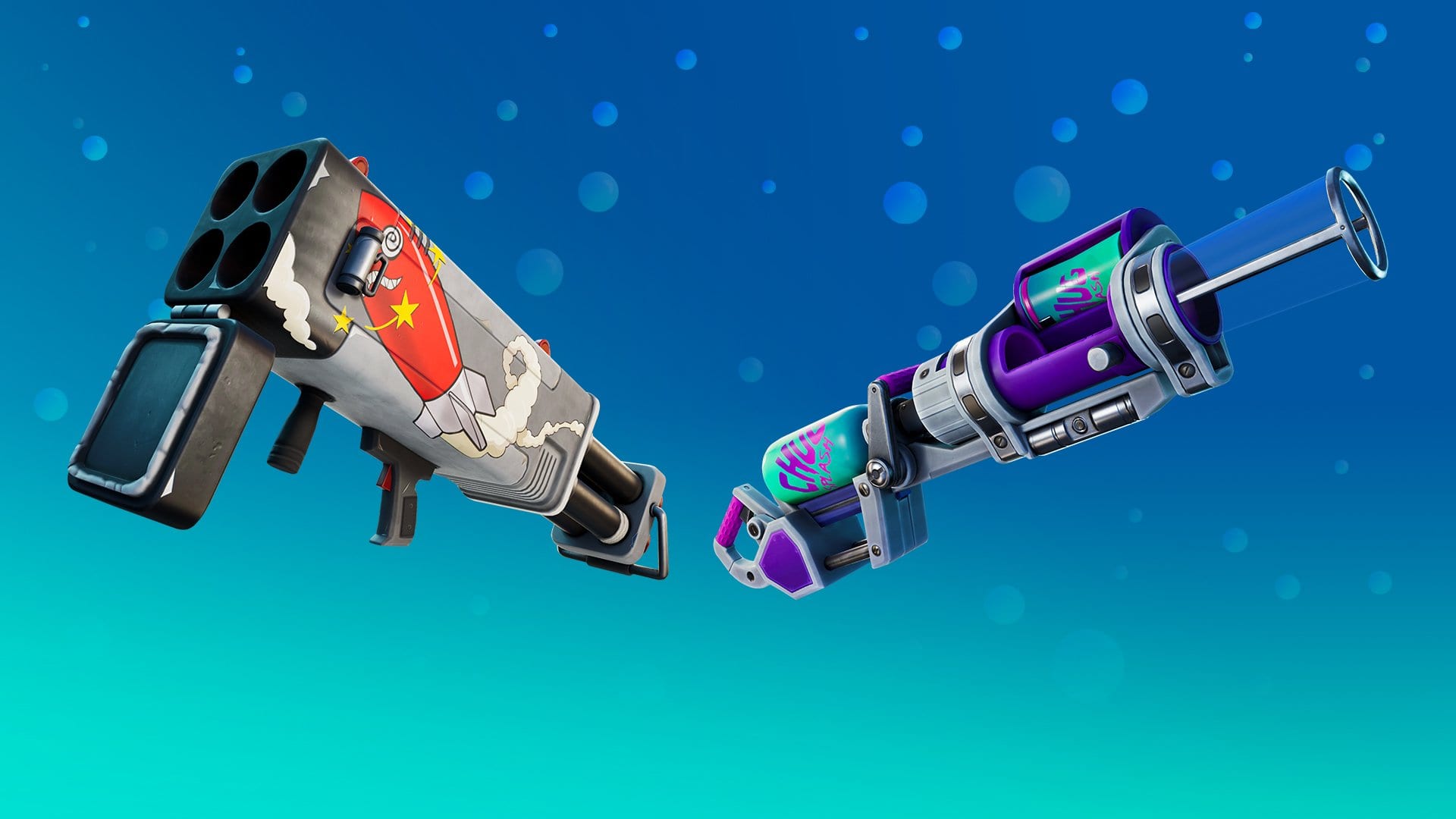 The news comes via leakers and dataminers on Twitter, such as iFireMonkey and HYPEX.

The three new Exotic weapons will be up for sale from the various NPCs around the map in exchange for Gold Ingots. Thanks to leaks, we already have detailed weapon stats for each of them, as shown in the screenshots below.

The Chug Cannon appears to be a crossbow, with a 1.1 second reload time, capable of dealing 18 damage to players. What we don’t know about this new exotic yet is whether or not it can also heal players, as ‘Chug’ is a term commonly used for healing items in the game, like the Chug Jug of seasons-past.

The Burst Quad Launcher deals 42 damage per rocket, but fires four at a time, bringing the total up to 168. It has a magazine size of four (obviously), and has a reload time of 5.4 seconds. This looks to be a great weapon to destroy towering structures, knocking other players back down to the ground and removing any height advantage they may have held over you.

Finally, Frozen is a Compact SMG capable of dealing 20 damage to player, with a magazine size of 35 and a reload time of 2.1 seconds. It’ll use light bullets, so make sure you’ve got plenty as it’s sure to rinse through them.

Elsewhere in the Fortnite 15.30 update, there’s also a new Mando’s Bounty LTM, which sees players fighting it out to be the best bounty hunter in a game. Here’s a description of what to expect in Mando’s Bounty:

“The best hunter in the galaxy wants to prove himself — against you. Challenge other players to see who can score credits the fastest. Take out bounty targets for extra credits and eliminate speically-marked hunters for high-tier loot. When the Mandalorian enters the match, he will hunt down the player with the most credits. You can get to the top, but can you stay there?”

The LTM will have Solos, Duos, Trios and Squads variants available.

As always, the Fortnite 15.30 update also introduced a number of new cosmetics, including some Valentine’s Day-themed gear. You can check them all out in the handy compilation video created by HYPEX below.

What do you make of the new Fortnite update? Let us know down in the comments below.