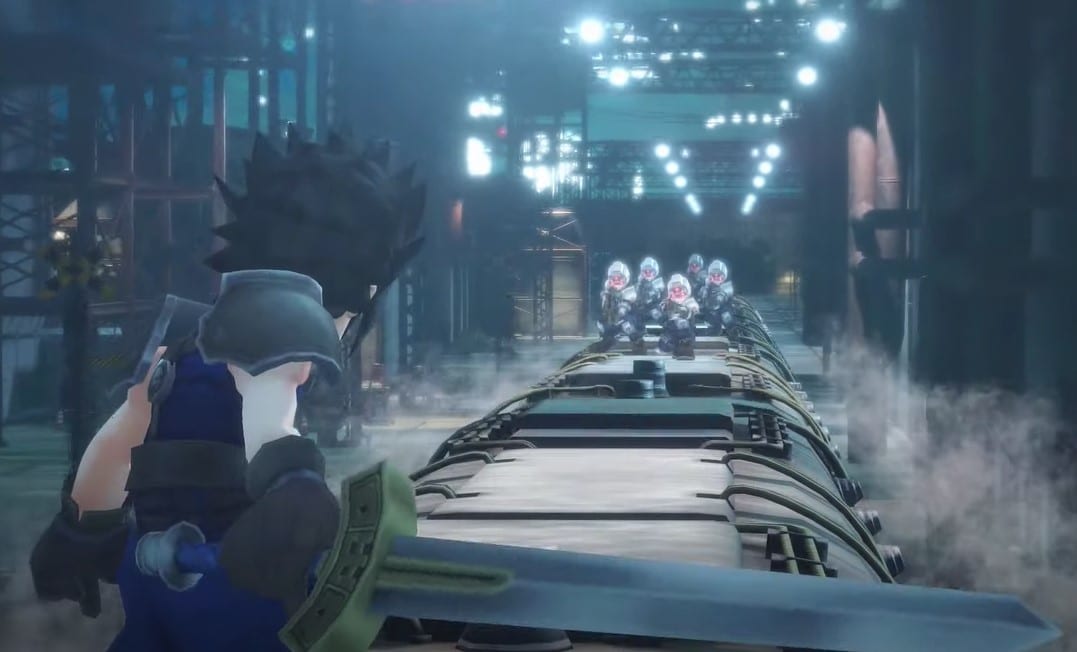 The First Soldier is a Final Fantasy VII battle royale game that will be launching on iOS and Android worldwide in 2021. The story behind the game is that the Shinra Electric Power Company is looking for a way to augment its current military forces.

The end result is this battle royale where soldiers are all battling to climb their way up Shinra’s ranks.

The gameplay appears to include guns, swords, summons, and spells. There are all kinds of elemental magic on display here like thunder, aero, fira, and barrier. We even see an Ifrit summon appear for a few seconds and lay waste to an opposing player.

Near the end of the trailer, we get a look at a handful of enemies that appear in the game. Bomb, Ripper are both confirmed by the trailer, but that’s not all. Scorpion Sentinel is also shown off briefly. As of right now, those are the only confirmed enemies and bosses for this game.

You can check out the official trailer for Final Fantasy The First Soldier down below.

Ever Crisis will spin the stories of the original Final Fantasy VII, Advent Children, Before Crisis, Crisis Core, Dirge of Cerberus, and some new story components all into one single-player experience. The new story elements will be written by FFVII Remake’s story and scenario writer, Kazushige Nojima.

For the sake of clarity, that means Ever Crisis will not feature these stories in their original forms. Instead, it’ll have a single narrative thread that retells the stories of all Final Fantasy VII media.

The launch date for Ever Crisis is a bit further out than The First Soldier. You’ll have to wait until 2022 to be able to experience this title on iOS and Android.

You can check out the official trailer for Final Fantasy VII Ever Crisis down below.