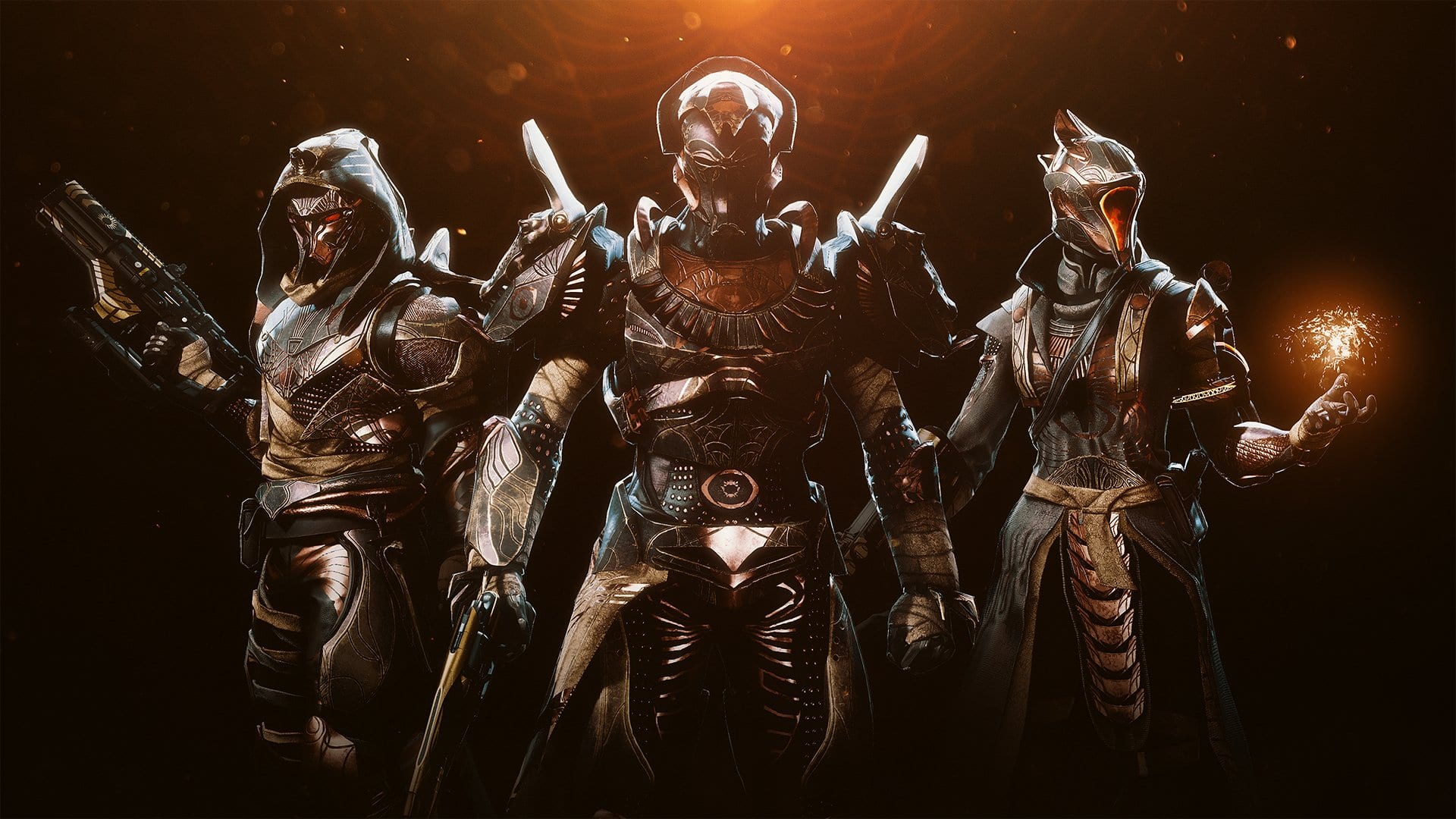 The latest Destiny 2 TWAB, the final one before the start of the next season, lets loose a bunch of new screenshots of upcoming weapons, armor, and equipment and it looks fantastic.

In addition, Bungie announced a list of catalysts that are returning to the game with new sources and a surprising rework of the Aeon Cult trio of armor exotics, among other news tidbits.

Let’s start with a look at new upcoming weapons and armor. As was already known: The Swarm, Palindrome, Shadow Price from Destiny 1 are coming back.

We did get to learn about the existence of a new Breech Grenade Launcher called Salvager’s Salvo which will be the ritual weapon for this season.

There’s going to be three new Trials weapons and they appear to be a Hand Cannon, Pulse Rifle, and a Sword. Along with those weapons, there are a new Trials ghost shell, ship, sparrow, and, of course, an armor set.

Here’s a look at all of that in some gorgeous new screenshots provided by Bungie.

Bungie also provided a much-needed update on catalysts that are currently no longer available in-game that were previously before sunsetting. Here’s the list of everything that’s being re-added to the game (no specifics yet on how we will get them exactly).

A note that Bungie acknowledged Whisper of the Worm and Outbreak Perfected, and said they would be coming at a later date.

Bungie also announced an overhaul of the Aeon Cult exotics for all three classes. They will now all have their own unique mod socket and three mods that encourage a particular play style.

The mods can be equipped regardless of class and feature two perks. One that helps the user, and another that helps another teammate that is also wearing the Aeon exotic but is using a different mod than you. Here they are below, again via Bungie:

It’ll be interesting to see how the community takes to this change and if it sees more use. It can’t possibly be less than zero, the current usage level of these exotics, so there’s that at least.

Those are the highlights from this week’s TWAB, but if you’d like to read about every update coming up, big or small, you can check out the full post here.