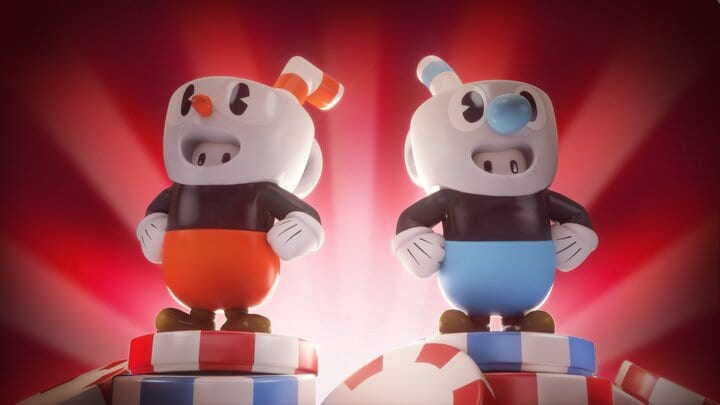 Mediatonic has revealed a partnership with Studio MDHR which will see Cuphead themed costumes coming to Fall Guys later this week.

Cuphead and Mugman costumes will arrive on Wednesday and Saturday respectively and you’ll need crowns to unlock them. The top and bottom sections of each character’s skin will cost five crowns each, so you’ll need ten to complete one character and 20 to get both Cuphead themed costumes. You can see the two skins in the screenshot at the top of the page.

On top of the outfits, a Cuphead themed emote will be coming on Wednesday, also costing five crowns. You’ll have to check in game once the skins are released to see what the emote is, but I’m sure it’ll be funny.

This Cuphead content comes as part of Fall Guys’ Season 3.5, which has seen, or will see, the addition of Sonic, Godzilla, and Goose Game costumes, as well as brand new level types and lots of variations to fan favorites.

Also, during last week’s Nintendo Direct, Mediatonic revealed that Fall Guys will be coming to Switch this summer. Of course, since themed costumes are usually only in Fall Guys’ store for a few days, it’s unclear how the Cuphead content will be available on platforms other than PlayStation or PC.

The best thing for you to do, as is always the case, is save up your crowns to spend them on costumes that you really want. There’s nothing worse in Fall Guys than missing out on something you really want because you recently spent all of your crowns.