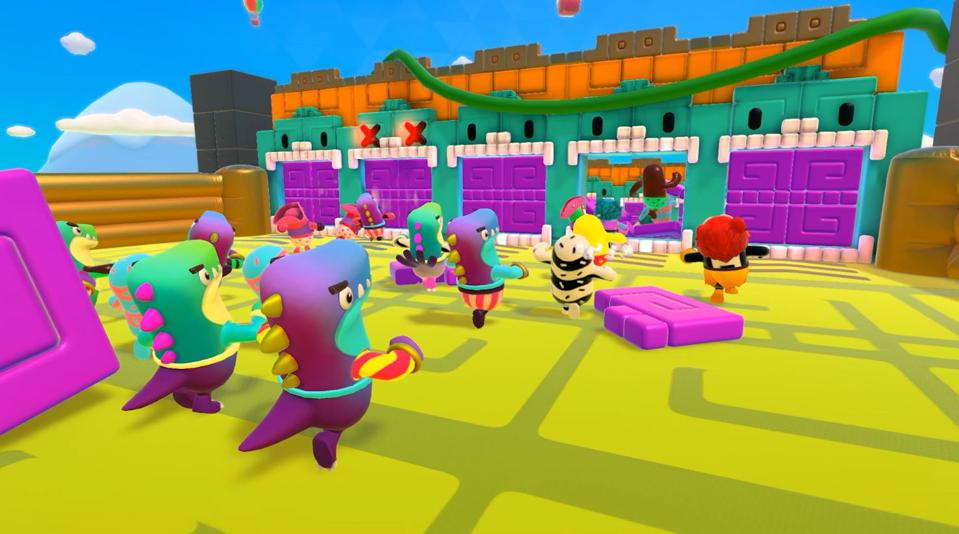 It’s official: Fall Guys is set to come to the Nintendo Switch later this year, and there’s a new teaser trailer showing off the port in action.

Streamed during the Feb. 17 Nintendo Direct, the trailer serves as a reveal that Fall Guys will be available on the Nintendo Switch Sometime this summer. It also serves as a brief but worthwhile look at the game in action, as well as a cute cinematic of the Fall Guys contestants being their quirky selves.

The video starts off with a cinematic of contestants stumbling and fumbling their way through a competition before one stumbles upon a Nintendo Switch Joy Con. Confused, they pick it up and quickly realize that another contestant has found a matching Joy Con.

The two then see a Switch hovering at the center of the competition’s arena, and leap forward to replace the Joy Cons; only for another contestant to snatch it away.

The trailer then moves into footage of the game in action. Contestants flood across arenas in the hopes of attaining glory, knocking each other to and fro in the process. Each is dressed in wacky, eye-catching costumes, and they’re all dead-set on reaching the competition’s coveted crown before anyone else.

It’s about what fans of the game would expect, but still well worth a watch. The trailer can be viewed in its entirety down below.

Fall Guys is set to release on the Nintendo Switch this summer, and is currently available on PlayStation 4 and PC. For more on the game, check out the Valentine’s Day themed content released by its developers.

Likewise, for something a little off the beaten path, there’s this modded version of the game which applies a Dark Souls aesthetic to the light-hearted competition. It’s equal parts soul-crushing and adorable, and will leave fans of both series chuckling.