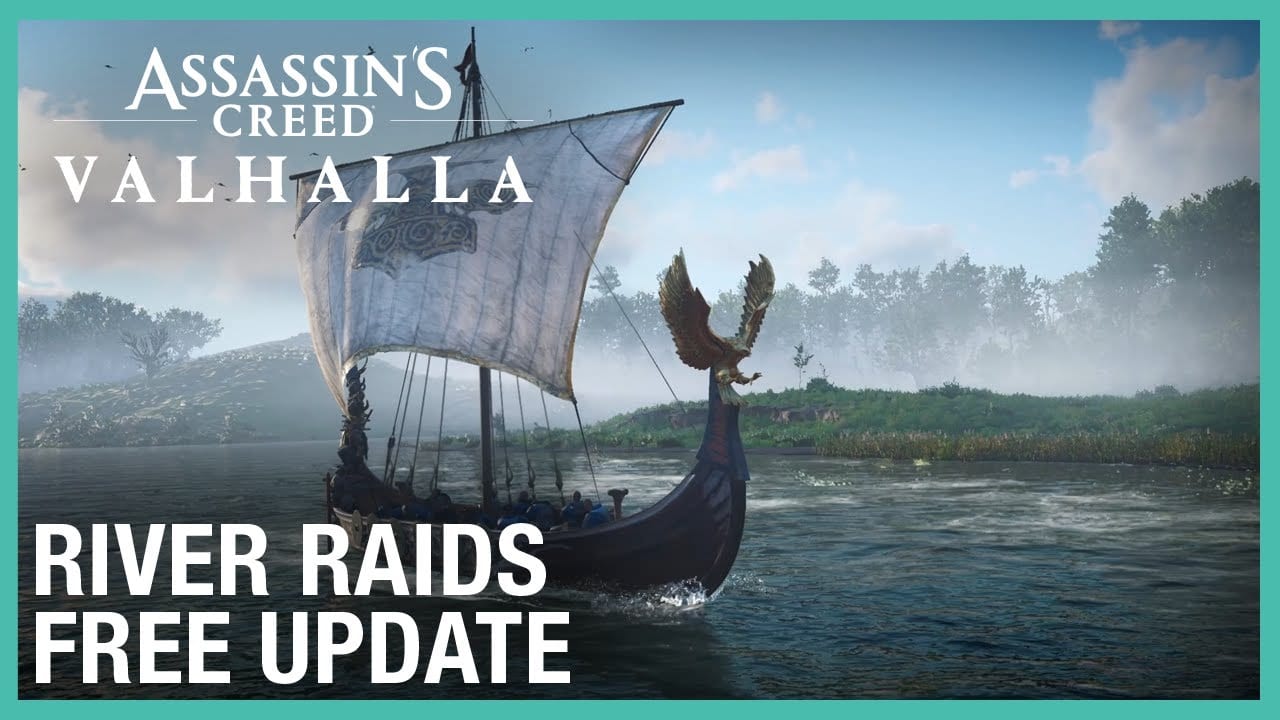 Ubisoft has today revealed the next chapter in its post-launch support of Assassin’s Creed Valhalla, which is set to introduce an all-new permanent game mode called River Raids available to players who have completed at least the first story arc in the game.

These new raids will take place across all-new coastal locations throughout England, the rewards from which will help players upgrade their settlement with new two new buildings: the River Raid Dock and the Jomsviking Hall.

The new Jomsviking Hall has three levels to upgrade in Season 1. The higher its level, the better the Jomsvikings who are attracted to visiting. Indeed, Jomsviking also now have ranks, with the higher-ranked Jomsvikings having greater survivability in River Raids.

In addition to River Raid, the update also brings the following new items and abilities:

You can read a more detailed breakdown of the abilities here.

You can check out a glimpse of the action in a new trailer below: