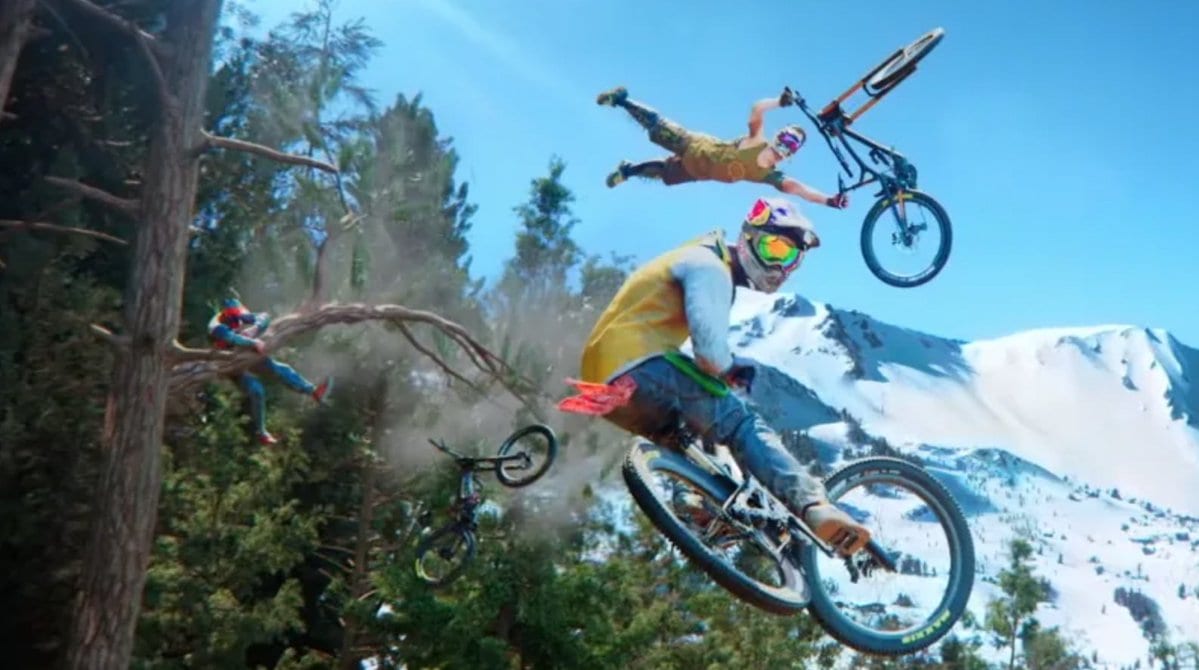 Today, Ubisoft announced that their multiplayer extreme sports game, Riders Republic, has been delayed until later in 2021.

Initially revealed back in September as part of the publisher’s annual E3 conference (which actually had nothing to do with E3 this year), Riders Republic features mountain biking, skiing, snowboarding, wingsuit flying, and rocket wingsuiting.

Up to 50 players will be able to race against one another in a variety of event types and explore the world together. However, everyone will now have to wait longer until they’re able to.

In the statement posted on Twitter, Ubisoft said “Today, we want to let you know that we have made the decision to move our release to later this year. This additional time will allow our passionate team to deliver the best fun filled experience to our players.” You can read the full statement down below.

The game was initially due to release for PC, Stadia, PlayStation 4, PlayStation 5, Xbox One, and Xbox Series X on Feb. 25, but no new release date has been revealed. As soon as more news is revealed on the new launch date, we’ll be sure to let you know what it is.

This comes hot on the heels of the news that other Ubisoft titles that were due to release in 2021 have been delayed. Back in October 2020, Far Cry 6 and Rainbow Six Quarantine were delayed to unspecified release dates sometime in 2021. Again, we’re yet to hear news on when these games will be released. Keep an eye on Ubisoft’s Twitter account for news on when the games will arrive.