Publisher THQ Nordic has today announced that its successful remake SpongeBob SquarePants: Battle for Bikini Bottom – Rehydrated is coming to iOS and Android as a premium title later this month, Jan. 21, priced at $9.99.

The game is already available now for pre-order on the Apple AppStore and pre-register on Google Play.

The port is to feature revamped touch-screen controls, though it also offers gamepad support for those who prefer a more tactile experience.

You can see a sample of the touch controls overlaid atop a typical gameplay sequence below. 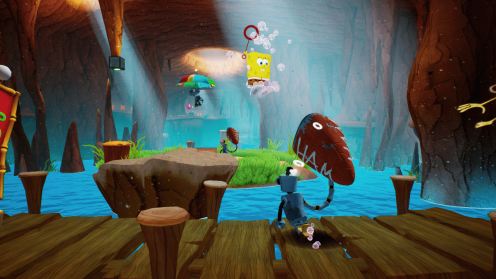 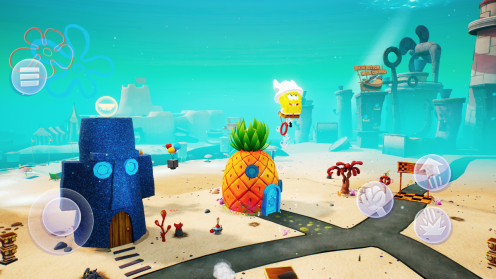 A new trailer was also published today in celebration of the new port:

Spongebob Squarepants Battle for Bikini Bottom Rehydrated is a remake of the 2003 game, which originally launched on Game Boy Advance, GameCube, Xbox, PS2, and PC.

The new and improved version featuring revised graphics, controls, and a multiplayer mode, while the story itself remains unchanged: players are tasked with defending Bikini Bottom from Plankton’s army of robots looking to take over the town.