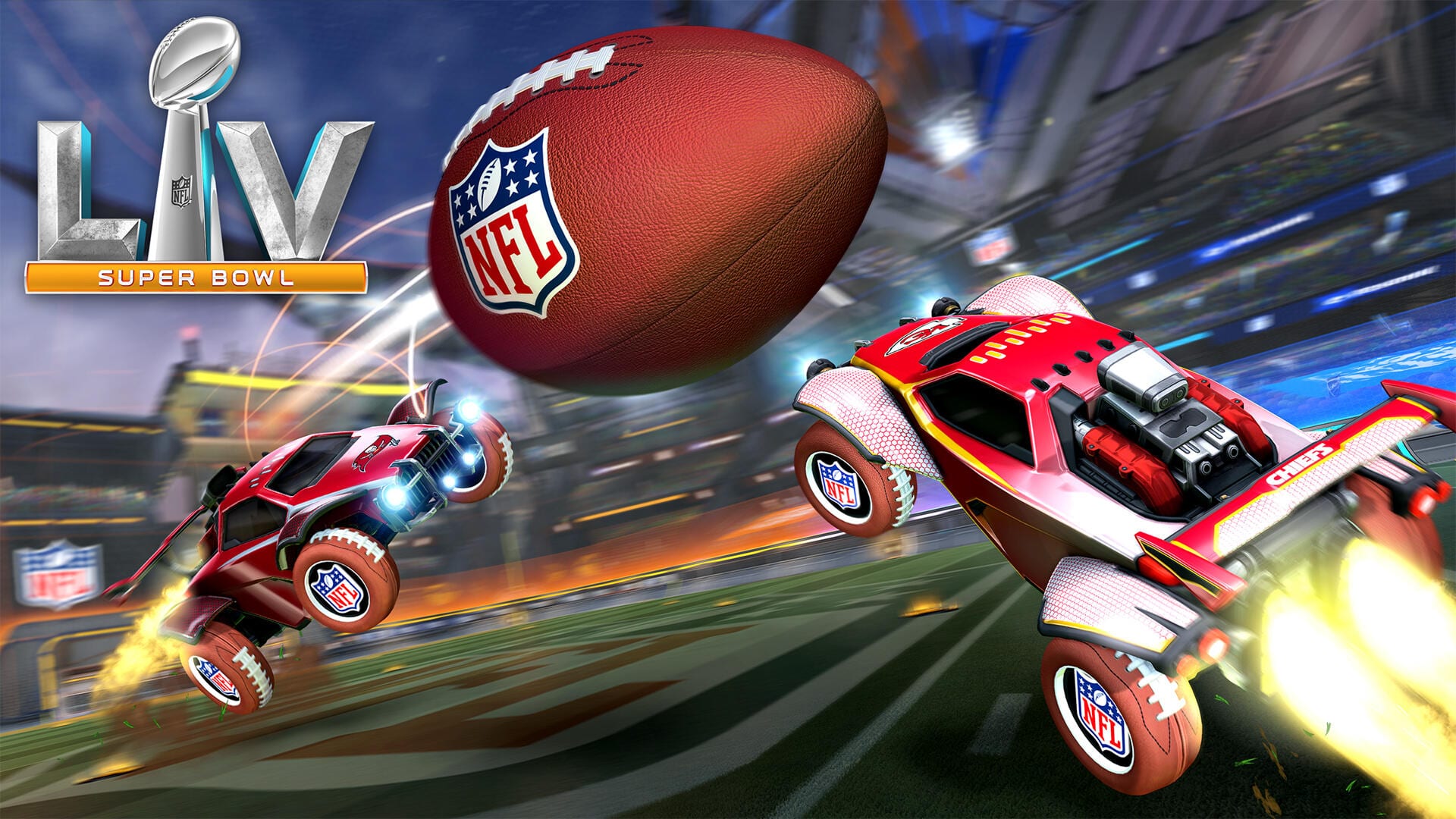 Rocket League is teaming up with the NFL to celebrate Super Bowl LV, which will take place on Sunday, Feb. 7. The event will add a new game mode called Gridiron, event challenges, and the return of the NFL Fan Pack.

In the Gridiron game mode, the map Champions Field will be transformed to look more like a football field with hash marks and the NFL logo.

It’s a 4-on-4 mode where the ball is replaced with an American football instead of Rocket League’s “soccar” ball. The football will attach to a car’s roof when touched, and other players can grab the ball by running into it and attaching it to their own roof.

This allows for the ball to be stolen by the opposing team or handed off to a teammate.

While holding the ball, the player can single jump, but double jumping causes the ball to be released from their roof.

Finally, unlike in other Rocket League modes, you’ll fumble the ball if you drive out of bounds past the marked lines on the arena’s wall.

During the event, you’ll have the chance to score points towards unlocking the Gridiron Guru player title, NFL Wheels, and 20,000 XP.

The Rocket League Super Bowl LV event will begin on Feb. 2 and will last until Feb. 8. You can read more about it on the official website.

You also still have time to participate in Rocket League’s X Games event; you can read all about that here.