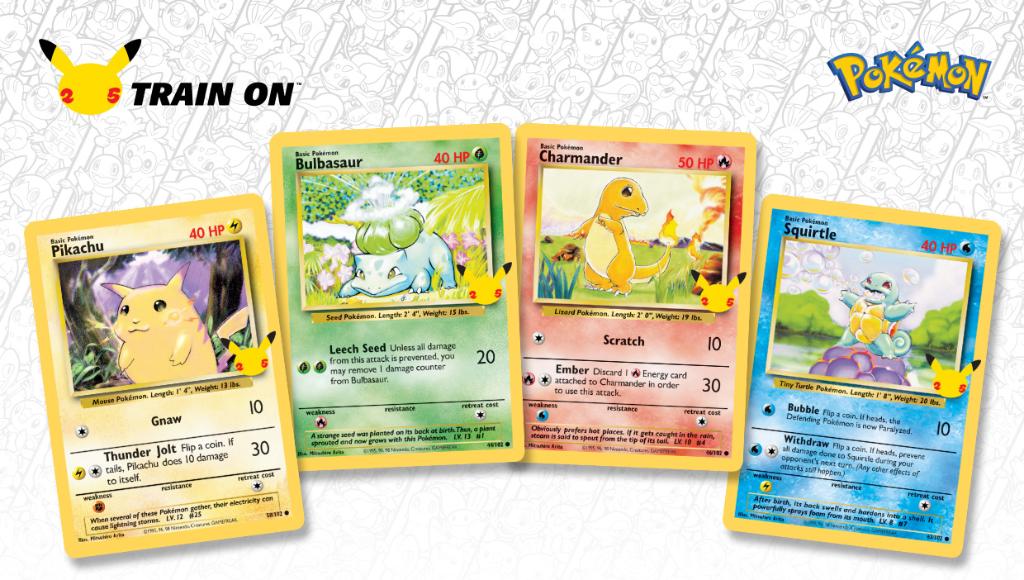 As part of the first round of 25th anniversary teases, the Pokemon Company revealed that reprints of various classic TCG cards will be released throughout 2021.

The reprint, which will focus on the starter Pokemon for each region and generation, will feature 25 cards and will be released one region at a time.

As for the cards themselves, they will be ‘oversized’ replicas of the original cards, each with the 25th anniversary symbol on them.

Unlike the likes of Evolutions, which reprinted the 1999 base set a few years ago, the new cards will feature the same artwork as the originals, aside from the promo symbol. The only difference will be the removal of the original Wizards of the Coast copyright information, since they no longer print Pokemon TCG products.

According to Serebii, the first product is the First Partner Collector’s Binder, which’ll hold the oversized cards and include a Pikachu. After that, the following sets will be released, each with two standard TCG booster packs and the three starters from the region it’s themed on:

PokeGuardian also has a breakdown of all the Pokemon and cards you can expect to see reprinted as part of the set, from the Base Set Charmander, Squirtle, and Bulbasaur, through to the Sword and Shield Grookey, Sobble, and Scorbunny.

No official images have been revealed for the sets that the oversized 25th anniversary cards will come in, but the teases for the celebrations are coming thick and fast, so check back in with use throughout 2021 for more.