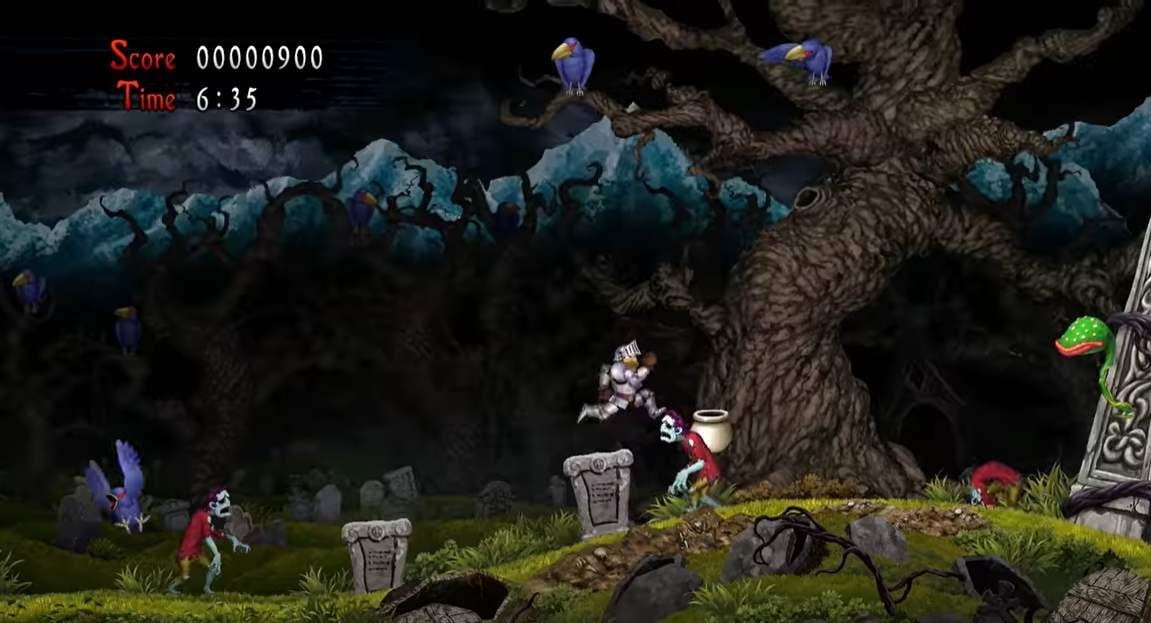 Today’s video sheds light on some of the inspiration behind the game’s 2D art-style, which is in keeping with the original game. It is explained by producer Peter Fabiano that the picture-book visual themes that director Tokuro Fujiwara wanted to include in this newest entry are centered around each level portraying a sort of horror theme park.

There’s also a brief look at some of the new weapons, spells, and skills that Arthur can access in the Demon Realm, which we’re told offers players the chance to experience the game according to their own playstyle.

Ghost n’ Goblins Resurrection will mark the fourteenth game in the franchise, which started as an arcade back in the mid-1980s. The series is known for its punishing difficulty. According to Capcom’s own data, the franchise has sold over 4 million units.

You can find the original announcement here and the previous gameplay trailer with developer commentary over here.

Twinfinite has put out a list of every confirmed Nintendo Switch exclusive coming in 2021.