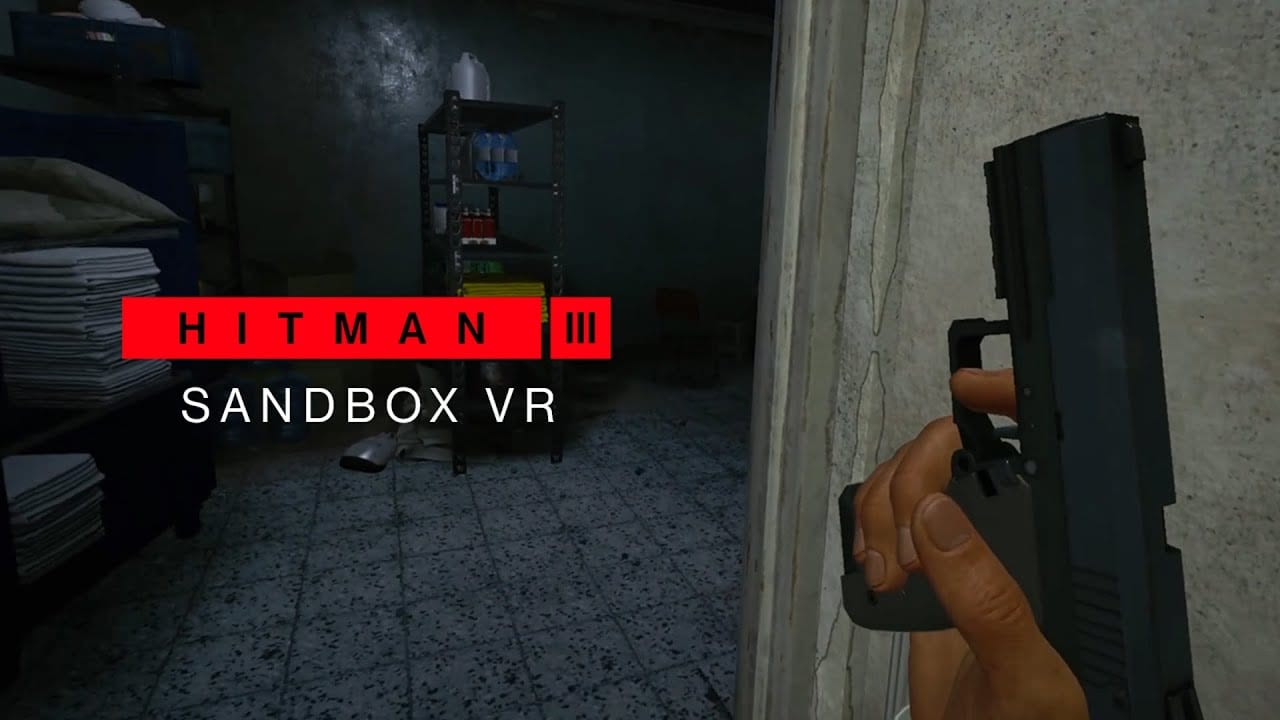 The montage highlights a number of iconic levels from the modern Hitman trilogy, as well as one or two of the sandboxes set to be introduced in the upcoming Hitman 3.

While experiencing the action from first-person isn’t strictly new to Hitman given that it was an intricate part of classics like Blood Money, the level of immersion in VR already looks dialled up a notch from today’s footage.

One sequence, for example, highlights the ability to tap on the shoulder of a guard before side-stepping to the other side as he turns around and knocking him out with a punch. Now that’s what I call classic deadly hitman tactics, am I right?

From the brief glimpse we’ve seen today, it certainly looks like VR has the potential to take familiar Hitman mechanics and breathe fresh life into them. And for a series that’s been around for a long time, I suspect the new functionality could very well prove a big incentive for lapsed fans to get involved all over again.

Hitman’s VR mode is exclusive to PSVR, but only for its first year. The PC version of the game will later benefit from the same functionality, meaning those with Oculus and HTC headsets will be able to get involved eventually.

For more on Hitman 3, you can check out the recently revealed opening cinematic of the game. The first Hitman 3 gameplay was showcased toward the end of last year, too, which you can watch here.