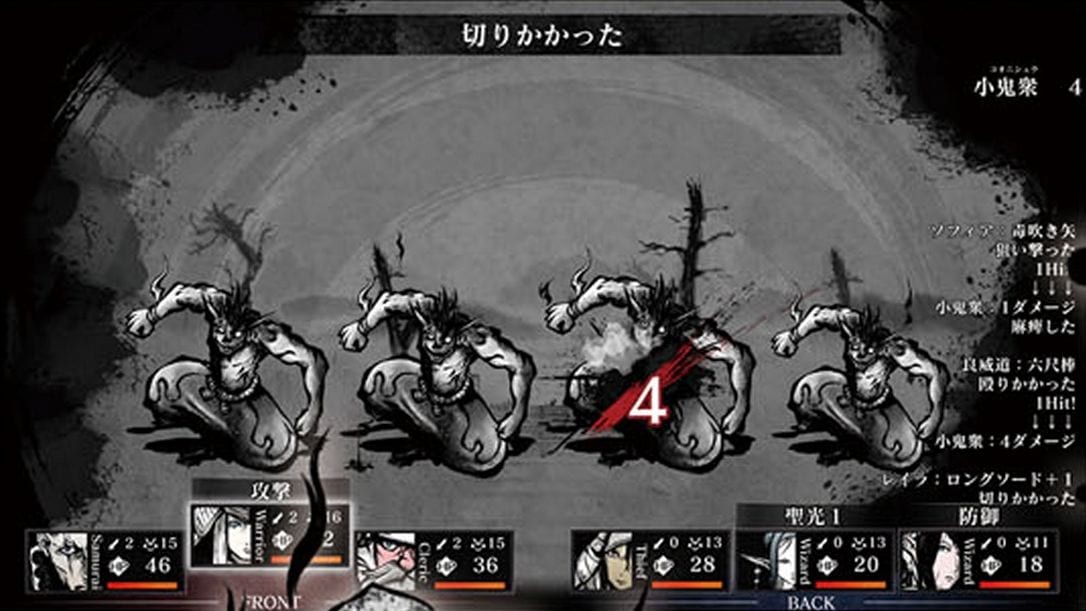 Today’s issue of Weekly Famitsu included a lot of interesting information about the Akihabara-based developer Acquire.

First of all, we get the confirmation of the Switch version of Akiba’s Trip: Hellbound and Debriefed, which was leaked yesterday by a Japanese retailer on top of PS4 and PC.

Incidentally, president Takuma Endo mentioned that the Akiba’s Trip series sold about 800,000 units in total, with the second game increasing its success outside of Japan due to the growing worldwide popularity of Akihabara.

Secondly, we see the reveal of Labyrinth of Zangetsu for PS4, PC, and Nintendo Switch, coming to Japan in summer 2021.

The game is a 3D dungeon-crawling JRPG that aims to pay homage to the origin of hack and slash game.

The setting is medieval Japan with the addition of magic and monsters. The visual style is monochromatic, reproducing Japanese ink paintings, and the soundtrack is inspired by traditional music genres like Gagaku and Noh.

You can see what it looks like in the gallery below.

We then learn more about Acquire’s plans from Endo-san himself.

He clarifies that the registration of the trademark “Stealth Assassins” which was the subtitle of the original Tenchu game, was simply done because it was available. It had no deep meaning, but reporting by overseas media certainly created expectations among the fans.

While it would be difficult right now, if there is a possibility in the future, Endo-san would like to “recreate a stealth ninja game from the ground up for the PS5 generation.” The trademark registration is possibly a stepping stone for that.

Editor’s Note: It’s worth mentioning that the Tenchu IP belongs to FromSoftware. Sekiro: Shadow Die Twice originated from that idea and then changed into something completely different over time. This means that, as Endo-san’s wording describes, this possible new game would have to be a sort of successor or reimagination and not an actual Tenchu game.

On top of that, we also hear from Endo-san that he has another project that is a new challenge in store.

He wants to create an Acquire indie brand to release smaller games that feel more Acquire-like than bigger ones. He hasn’t yet finalized a name or a logo, but he hopes that he can create a brand that can convey Acquire’s innovative spirit. The plan is to announce it within 2021 alongside the first title.

Speaking of that first game, we take a look at a possible candidate. While it’s already in production, more testing is required, and it’s supposed to be a competitive game with chibi characters.